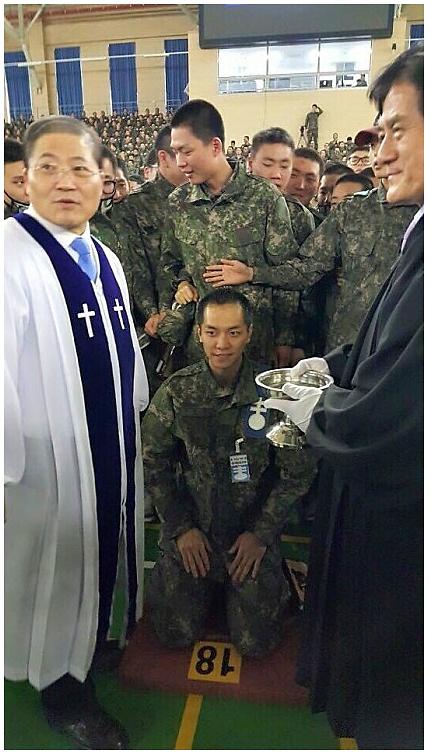 A couple of photographs of Lee Seung-gi at his mandatory military service are drawing fans’ worries as he seems to be going bald.

Lee, a South Korean singer-actor, entered an army boot camp located in Nonsan, Cungcheong Province, on February 1. Everything seemed alright until a couple of photo of Lee getting baptized at the boot camp chapel caught fans’ eyes. 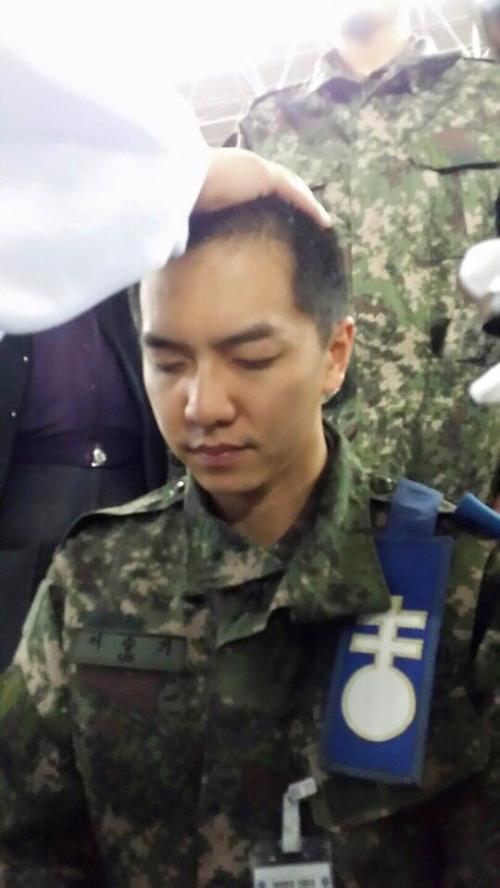 The photos, which were uploaded onto various online communities, showed Lee being all serious about getting baptized, but people concentrated their attention on the singer’s hair. Lee’s hair was cut short as a new recruit would do, but it was receding, almost to the extent of going bald.

The photos shook the fans since they did not know about the singer’s receding hair problem. Lee did a perfectly good job in it by keeping a hairstyle which he could hide the shocking truth.

However, no matter how sad it seems, Lee is to finish his service on October 31, 2017. Before enlisting in the army, the singer released a single “I’m Going to the Army” last month to express his emotions towards his fans last month.