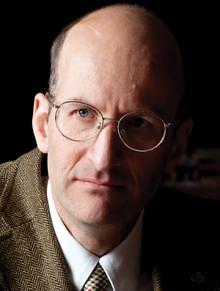 (This column was contributed by Emanuel Yi Pastreich, a professor at Kyunghee University's international school and an expert in international relations.)

The Korean peninsula faces a daunting array of security problems that will require tremendous efforts, especially long term, to overcome. The primary problem is not the threats themselves, however, but rather the complete inability of Koreans to conceive of those threats, or to respond to them in any meaningful manner.

The problem is true for those of both progressive and conservative political orientations. There is a very little concept of how serious a security challenge the collapse of the ecosystem or the rising inequality in Korean, and East Asian, society is becoming. In fact, even extremely liberal groups do not offer any opinions on the problems of industrialized society or the privatization of banks -- issues that would have been taken quite seriously by even conservatives back in the 1950s.

A consumption- driven culture has taken over Korea for the last twenty years, a culture in which the immediate satisfaction of the individual through the eating, drinking or watching of things that give a short-term thrill is held up as an ideal. The media in Korea is today run for profit and faithfully generates fantastic myths about what "security" means that have more to do with video games than reality.

Pumped up threats from North Korea are pushed by the media in order to build support for the purchase of expensive weapons systems that make enormous profits for military contractors in the US and Korea, often linked to the commercial media. The result of this mess is that most citizens are incapable of conceiving of long-term threats and have been seduced into thinking that the primary concern is that North Korea will suddenly launch a missile and Korea and the United States will have to respond within seconds to determine the safety of the country. That scenario has a very low probability but the other threats are far more devastating and are almost guaranteed.

Missile attacks from North Korea have not killed anyone in recent years but air pollution which has been killing thousands annually and the distribution of diseases, and the increase over time, is not reported in the commercial media at all. The government cannot even take the first steps to strictly regulate emissions from factories and eliminate automobiles that run on petroleum in spite of the many deaths, let alone replace the outdated highway system with a cheaper and safer public transit system.

So what are the main security threats that Koreans hear about every day? First and foremost is the threat of nuclear attacks on Korea and on the United States from North Korea using ballistic missiles. Although North Korea probably does not have the capability yet, and has absolutely no incentive to attack South Korea, or the United States, at all, this threat is repeated as if it was an imminent danger. In fact, North Korea’s military posture is entirely defensive and it would be easy to come to an agreement to limit launches of missiles if all sides would agree to a treaty.

Then there is the myth that missile defense, as represented by the outdated technology of THAAD, will somehow keep Korea safe from attack. The new missile systems of China and Russia cannot be blocked by so-called missile defense. There is much doubt that even at its best missile defense offers any real security against incoming missiles. There are technical reasons why THAAD is ineffective but it is most important to simply recognize that missile defense is most likely to merely encourage a military build-up in the entire region that will greatly increase the risk of war.

Then there are numerous programs for drones, submarines and fighter planes which have been sold to the Korean military at high prices over the last decade. The defense contractor lobbyist Linda Kim made a fortune peddling these programs during the Park Geun-hye administration. I am not a pacifist and I do believe that Korea needs a military of some sort, but I doubt that these weapons systems have much application to the possible scenarios for future conflict and that the main criterion in this corrupt age has been profit, not strategy.

Behind all of this glittering weaponry is the implied threat, played up in American think tanks, that China will be the future threat for South Korea. Although there is always a risk of conflict, it is clear that China was ready to create a much more open environment in East Asia 15 years ago.

It is certainly reasonable to consider that if Korea stands alone without any security agreements with other nations that China may pressure Korea in various ways, as it has in the past. But China displays no military ambitions for the Korean Peninsula and it assumes an essentially defensive position towards the expanding military presence of the United States.

The constant expansion of the United States into the region, cutting close to Chinese territory in military exercises that the United States would never tolerate near its own borders, has forced a shift towards militaristic thinking in China of late that is extremely dangerous. But it is not a result of traditional Chinese thinking.

However, the constant threats of encirclement from the United States and Japan have not only set China on a track towards expanding its military, it has sadly created a little “military industrial complex” in China itself which is feeding profits to a small number of people. There is a serious risk that China could ultimately be drawn into its own imperialistic efforts not so much because of its past as because it is drawn into the sordid temptations of wealth and power offered by the decaying American Empire— just as the Americans were tempted by the British Empire’s lure.

If there is a threat, it is more likely to be a decaying American empire dragging Korea into unanticipated conflicts or a new Japanese empire finding a ready audience with certain right-wing Koreans. A few years ago, I would not have taken the Japanese threat seriously, but although I have many close friends in Japan, I have seen a growing passivity in Japan that suggests there is a real risk of a future military take over if they think that they can get away with it. Already Japan has an extremely sophisticated military and can produce weapons of higher quality than the United States. Its expertise with robots also could also be significant. The fact that Japan is in demographic decline could, in fact, create a temptation for military conflict as a way to invigorate the culture and give a sense of purpose.

In any case, the real security problem is that Koreans have become so completely caught up in a consumer culture in which information is turned into entertainment and the deep embrace of consumption blinds them to the long-term significance of their actions that they cannot face the reality of the impending security crisis.

There are no independent organizations to evaluate whether the theories about security advanced by security research institutes are meaningful or objective. As the military budget is prepared, there is literally no one there saying that the funds need to be spent on adaptation to climate change, or on energy independence. Yet energy independence is far more important for Korean security at every level than is missile defense, or a fighter plane.

We are extremely limited by the influence of Christian millennialism on modern society and on the concept of security. Security planning assumes that there will be a single moment in which the future of the world will be determined in a single showdown. That nuclear missiles, missile defense, tanks, aircraft carriers and massive numbers of infantry will be pulled together in a moment.

But there is no reason to assume such a scenario. The obsession with such scenarios in security planning gives us piles of weapons which are of doubtful use and keeps us from investing in any of the real security issues that we face.