Call for bravery and real vision in face of reckless militarism 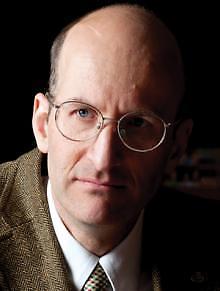 (This column was contributed by Emanuel Yi Pastreich, a professor at Kyunghee University's international school and an expert in international relations. )

China and Korea have seen a tremendous flowering of economic, cultural and educational exchange and cooperation since the normalization of relations on August 24, 1992. My students today include a new generation of young people from China and Korea who sincerely want the countries to work together closely and many of them have a command of Chinese language, or of Korean language, that goes beyond anything that could be found in the previous generation.

Also, my Korean and Chinese students have a global vision for what is possible in the region that is inspiring and suggests that they offer us tremendous potential. I am constantly impressed by their efforts and I hope that they can create a more secure, and a brighter, future for all of us.

Yet we face unprecedented tensions in the region because China feels increasingly that the United States military build-up is a direct threat and that it is longer aimed at Pyongyang alone. The Trump administration’s decision to do away with diplomacy by getting rid of all its senior diplomats and pulling back from its commitment to disarmament and nonproliferation has caused terrible uncertainty and raised fears. Secretary of State Rex Tillerson and Secretary of Defense Jim Mattis have made unnecessarily bellicose statements aimed at China that went beyond anything seen since the 1960s. This confrontational approach, now combined with threats of a trade war, has been supported by the confrontational approach of the Abe administration in Tokyo.

So serious is the risk of major confrontation in East Asia, or of a major arms race in the region that will profoundly destabilize the region, that we need a brave, determined and inspired response. Also, granted the terrible economic crisis today, we cannot afford to take funds from education and from adaptation to climate change for use in new weapons.

Above all Koreans and Chinese must have a clear and inspiring vision for the future. We cannot use that vague and evasive expression, “We will solve the problems with diplomacy.” We need a concrete roadmap, we need a consensus concerning that road map and we need to move forward in the forming of new and effective institutions to guarantee peace in the region.

I think that the best way to set the path for the next twenty-five years is for both countries to launch an ambitious project for the next twenty-five years that will engage leaders in scholarship, technology, business, government and security. This broad dialog must move far beyond security concerns, and even security should be defined as “human security.” We need to produce a powerful, well-written vision for the future of the region.

If we are looking for a model, I think we need to go no further than the San Francisco Conference of 1945 that brought together the United States, Russia, China, France and Great Britain as leaders, and many other nations which had recently emerged from war and colonialism, to establish a new world order dedicated to peace and universal values.

Most young people do not even know what the opening line of the United Nations Charter is:

“We the people’s of the United Nation determined to save succeeding generations from the scourge of war, which twice in our lifetime has brought untold sorrow to mankind”

We have lost sight of the vision of the United Nations over the last thirty years. It no longer serves its role to as a break on militarism and force for peace. It has become a docile bureaucracy.

But if Korea and China work together, they can revitalize it and make it the center of a new order of peace in East Asia, we can start something of great historical significance. In that process, we will need to innovate and to bring the United Nations up to date. There have been many proposals for reform, but we must take the lead in embracing innovation.

We must both revive the original spirit which has been forgotten and also make it more immediately relevant for the future.

If we can go forward with such an effort and create a new approach to global governance that takes into account the needs of youth, the impact of technology on society and the need to respond to climate change and assure peace and stability, China and Korea can make a tremendous contribution to world civilization and set the agenda together for the future.