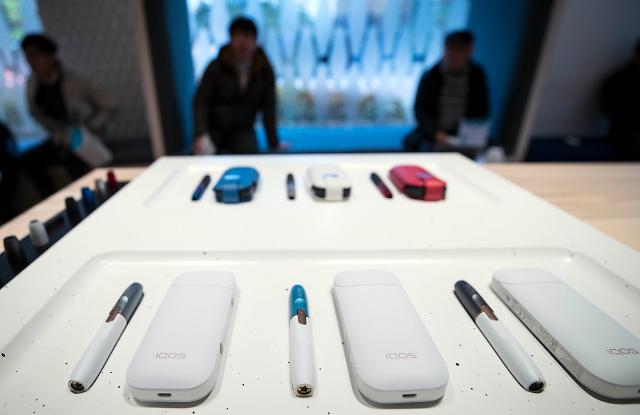 
With a similar amount of taxes to be levied, heat-not-burn tobacco products will be treated like conventional cigarettes in South Korea, carrying graphic and text warnings to highlight their health hazards.

From December last year, cigarette packages began carrying obligatory health-warning illustrations such as a diseased lung, a hole in a throat, and a row of rotten teeth.

Under a government-proposed bill endorsed by a National Assembly committee on Friday, heat-not-burn (HNB) products will carry similar graphic warnings. The bill requires approval at the Assembly's plenary session in December.

An HNB product using a battery like e-cigarettes heats tobacco to a lower temperature than when a conventional cigarette is burned. There is no reliable evidence that these products are any less harmful than other cigarettes despite claims of lowered risk.

In South Korea, which has almost 10 million smokers, HNB tobacco products are paying only 50 to 60 percent of taxes levied on conventional cigarettes. The new bill calls for 89.1 percent, reflecting their growing popularity.