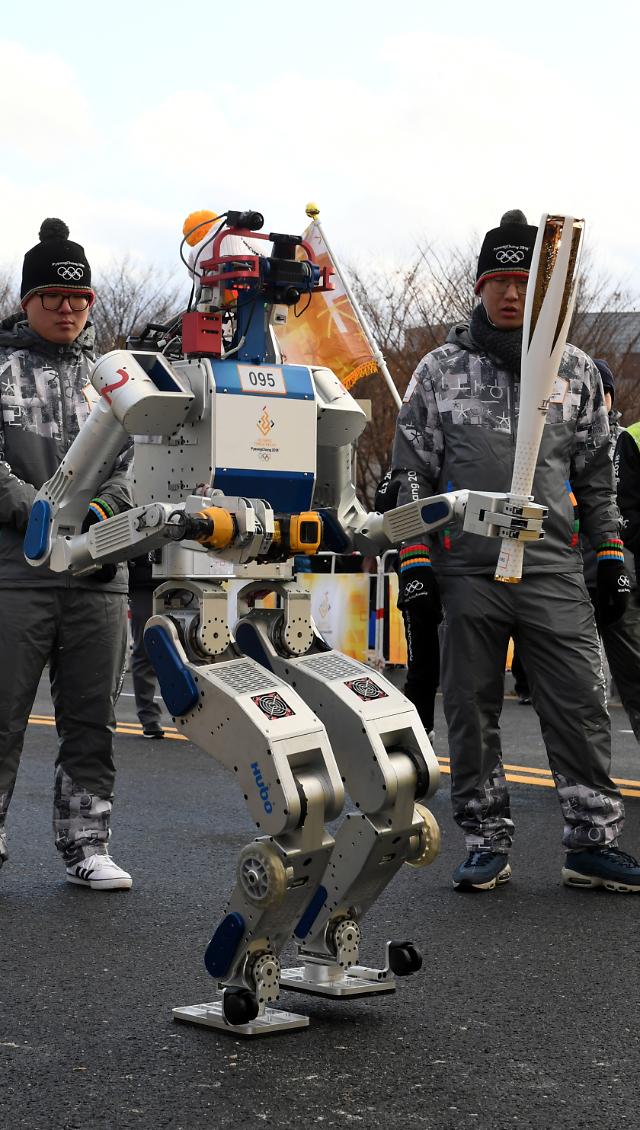 Onlookers burst into loud cheers on Monday, watching a brief walk by "DRC Hubo+", a humanoid robot created by the Korea Advanced Institute of Science & Technology (KAIST), with the torch in its left hand on the school's campus in the central city of Daejeon.

It's the first time that a humanoid robot has been used for the Olympic torch relay, according to organizers.

After a few careful steps, pictures and videos showed the AI featuring robot clearing a path for itself through a makeshift wall, set up as an obstacle, to hand the torch to a KAIST professor. 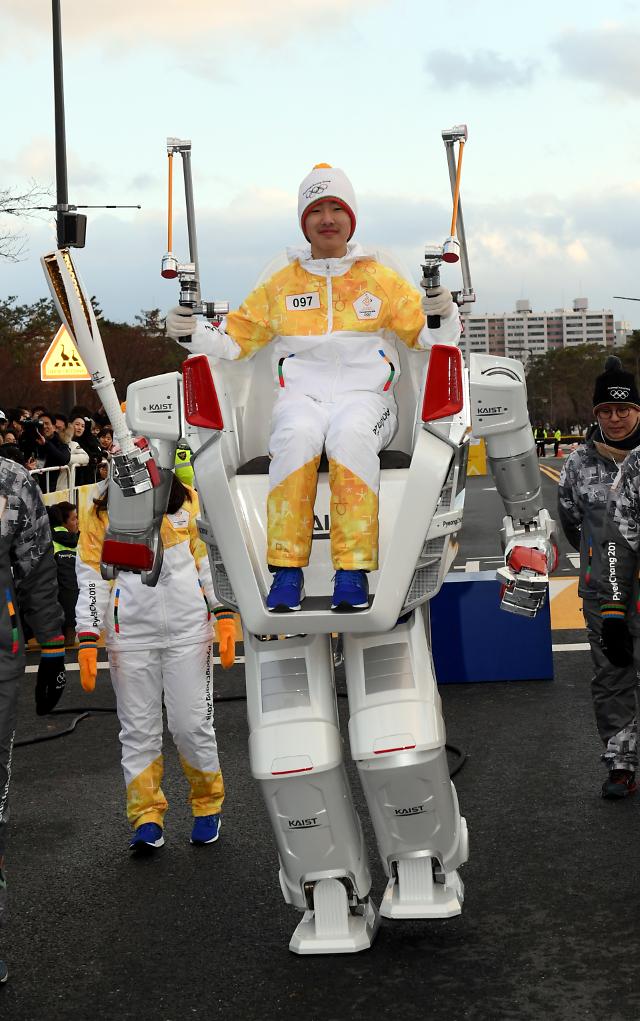 
A two-meter-tall manned robot called "FX-2" turned up for the torch relay, controlled by a 14-year robot prodigy. The manned robot, created by KAIST and Rainbow Robotics, has a pair of arms with five fingers each.

With 59 days to go, various promotions are taking place across South Korea, led by the Olympic torch relay which is seen as the most iconic and popular promotion event.

KAIST, which is the center of South Korea's robot technology, has won DARPA Robotics Challenge, a robot competition hosted by the U.S. Defense Advanced Research Projects Agency, with its humanoid Hubo in 2015.