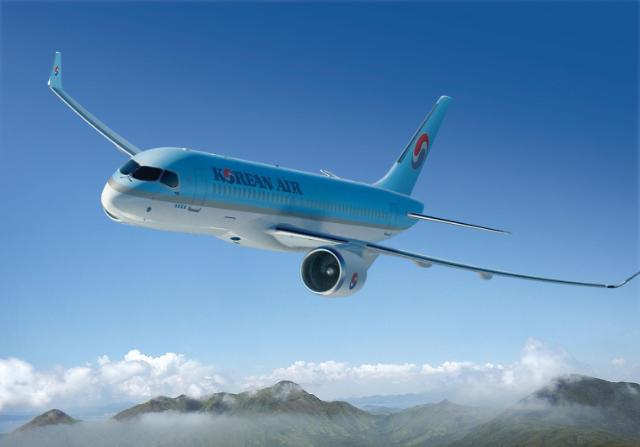 
SEOUL, Dec. 20 (Aju News) -- A CS300 jet airliner produced by Canada's Bombardier Aerospace will be delivered to South Korea's top flag carrier, Korean Air Lines, next week for use on its domestic and short-distance international routes.

The 127-seat narrow-body plane will fly into South Korea on December 25, Korean Air said, adding it would be the first Asian carrier to operate a fleet of CS300s.

Bombardier Aerospace has agreed to ship a total of 10 CS300s to Korean Air. The second one will be delivered on January 1 next year. The carrier plans to use two CS300s for domestic services from January 16.

Korean Air, a key unit of South Korea's Hanjin group, has strived to reduce its debt and costs since the carrier severed its financial link with Hanjin Shipping, a troubled shipping unit which was liquidated in February this year.