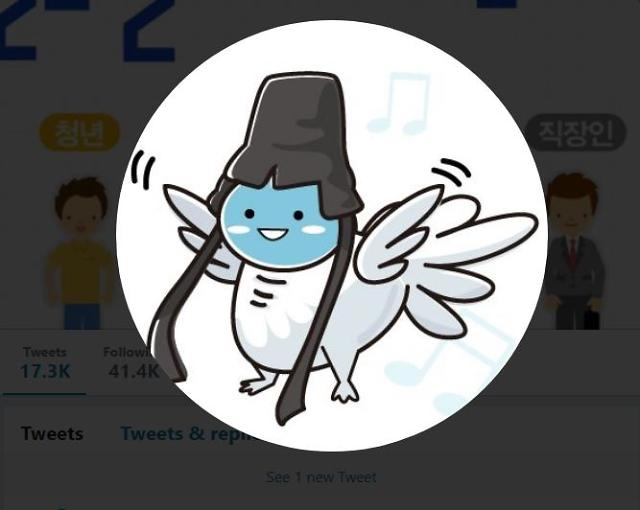 
SEOUL, Feb. 13 (Aju News) -- A cute cartoonish character of "Inmyeonjo", a mythical bird with a face of a man transplanted on its head, popped up as the profile image of South Korea's government Twitter page following its appearance in a puppet show at the opening ceremony of the Winter Olympics.

The image of a bird fluttering its wings came with a post "Pyeongchang Scene Stealer Inmyeonjo", capitalizing on its rising popularity especially among teenagers. Some fans have uploaded digital paintings showing their own interpretation.

Of 85 monumental animals, figures and other puppets which captivated people at home and abroad on Friday, Inmyeonjo became the most searched online after Olympic organizers presented a  giant  Inmyeonjo puppet, describing it as the legendary bird of peace that acted as the mediator between heaven and earth. 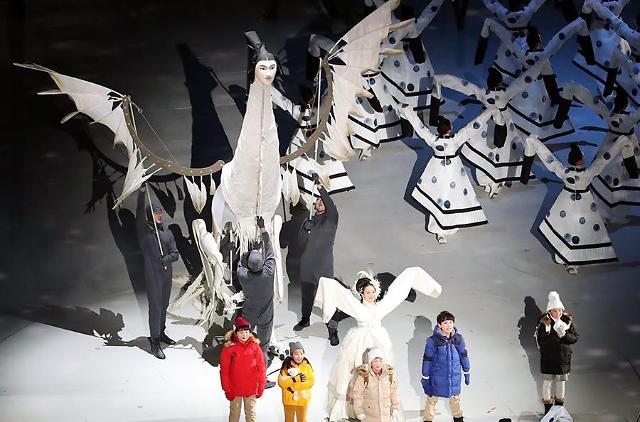 
Bae Il-hwan, an art director, said he designed the imaginary beast, inspired by ancient Korean paintings and mythology. "I'm surprised by the unexpected reaction. Thank you so much for loving my child," he tweeted.

It has become a meme. A Twitter user "crylow" said, "Inmyeonjo came back to avenge the pigeons from the 1988 Seoul Olympics!", referring to some unfortunate birds which met their fiery death when they were sitting on the Olympic cauldron just before it was lit. 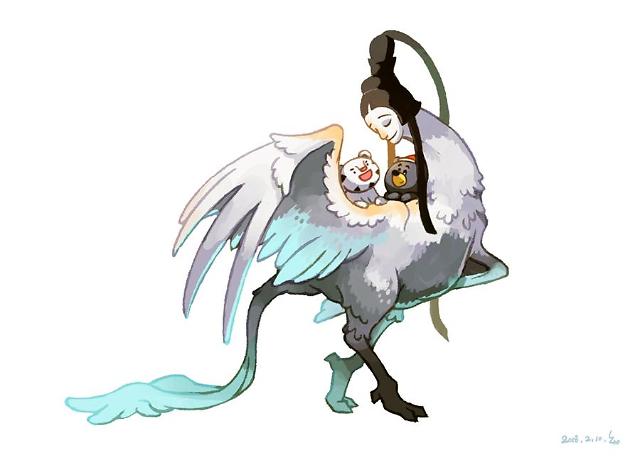 Despite its eerie appearance, many online users think Inmyeonjo is cute. "The bird mascot is very cute," said "Timer", a user from South Korea's online community "Clien". Another user "Lunar" recalled his first encounter with the bird: "It was shocking to see the bird on stage, but I just can't get its image out of my head! It even feels friendly!" 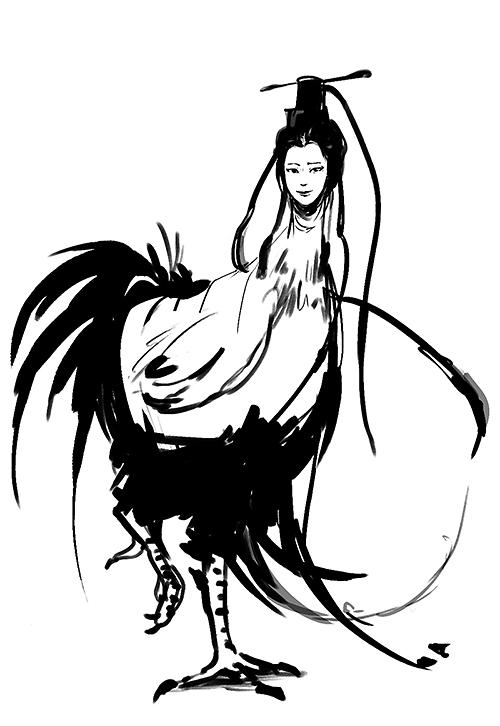 
Inmyeonjo and other puppets were built by a Malaysian team. Their design, fabrication and activation were overseen by Nicholas Mahon, a Canadian-born designer based in Brooklyn.

"My role in this project was to look at the drawings and then to translate their lines into real life and figure out the construction method of these puppets," Mahon told artnet News.

“It's a matter of figuring out the materials, where the joints should move, and how they should move. The whole philosophy behind puppetry is about lending your soul to an inanimate object so it can seem alive.”

"It is a little heartbreaking," Mahon said. "The job of the puppeteer is to put our souls into these things, so to put them away in a box is hard on the little puppeteer’s soul."