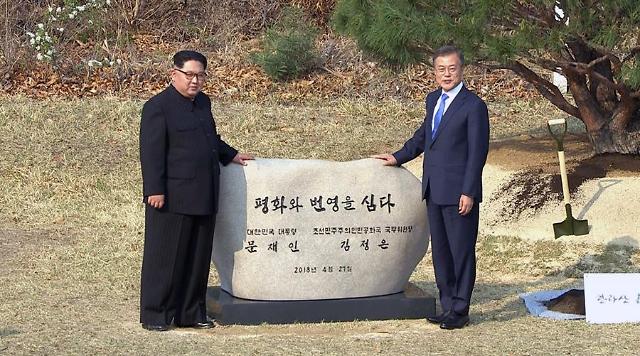 
SEOUL -- To mark a historic inter-Korean summit, South and North Korean leaders picked shovels Friday in a special event to plant a tree which symbolized peace and prosperity on the divided Korean peninsula.

After their talks in the morning and a lunch break, South Korean President Moon Jae-in and North Korean leader Kim Jong-un walked together to an area inside the truce village to plant a pine tree near the military demarcation line (MDL). The tree was sprouted in 1953 when the three-year Korean War ended in an armistice.

During the ceremony, the two leaders used shovels, their heads made of metal forged in South Korea and handles made from wood brought from North Korea, to spray soil from Mount. Halla on the southern island of Jeju and Mount. Baekdu near the border with China. Moon and Kim used water each from the rivers that run through Seoul and Pyongyang.

Next to the tree, a stone plaque increased with their names and bearing a phrase reading "Peace and prosperity is planted here!" was placed. 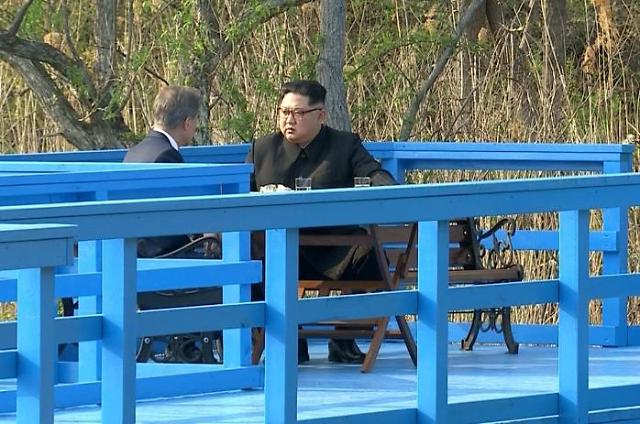 After the ceremony, the two leaders strolled out toward a bridge built on the wetlands inside the buffer zone to engage in an undisturbed private conversation as South and North Korean official work on a joint statement. The summit dinner will be held later, attended by 58 guests from both sides.