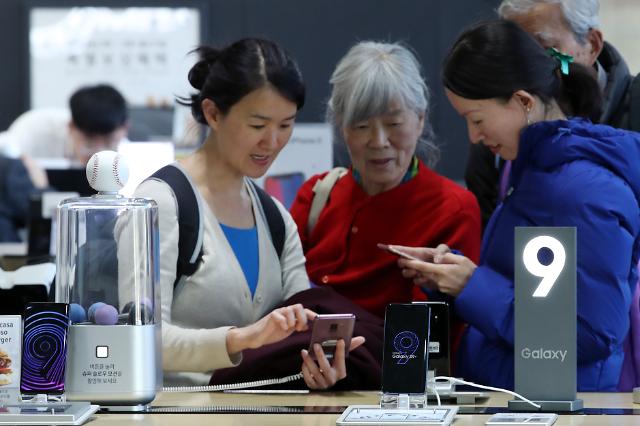 
SEOUL --  South Korea's three major mobile carriers -- SKT, KT and LG U+ -- joined a state auction Friday to secure the most ideal frequencies for their fifth-generation (5G) service that would be put into gradual commercial operation next year.

The auction comes on the heels of South Korea's aggressive push to commercialize a 5G mobile network ahead of China and any other countries in the country. Domestic mobile carriers are under pressure to establish a nationwide 5G network by 2020.

The 5G network, which is at least ten times faster than the current 4G network, is considered a vital part of the Fourth Industrial Revolution as it can transmit a large capacity of data fast for autonomous driving, the downloading of ultra-high quality video files and industries related to artificial intelligence (AI).

The 3.5GHz spectrum is slightly slower in transferring data than the 28GHz, but mobile carriers favor 3.5GHz because they can cover longer distances with fewer stations using that specific frequency. The 28GHz can transfer a large amount of data faster but has a shorter coverage, making it ideal for internet-of-things (IoT) devices.

The 3.5GHz spectrum has been chosen as the standard frequency for 5G networks in many countries including China, Canada and France.

In preparation for the telecom renaissance, South Korean mobile carriers have used different kinds of 5G bandwidths to utilize their mobile network technology in many fields especially in autonomous driving.
They have sought to develop their own autonomous driving and map solutions, based on 5G technology. KT, the country's largest telecom company, tested its self-driving bus using an incomplete 5G network in Pyeongchang, the venue for this year's Winter Olympics.