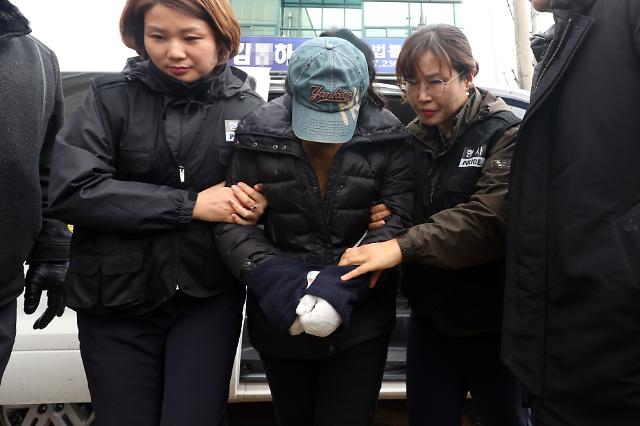 
SEOUL -- A 23-year-old divorced woman was sentenced to 20 years in prison Friday on charges of killing her three children by setting fire to an apartment room where they were sleeping together.

Two boys and a 15-month-old girl were found dead in a fire on December 31 last year at an apartment in Gwangju some 265 kilometers (164 miles). The court in Gwangju ruled that the woman identified by her surname Jeong was found guilty of arson to kill her children.

Initially, police sent Jeong to state prosecutors for indictment on charges of triggering an accidental fire, based on her accounts that the tragedy was caused by a cigarette butt.

However, prosecutors launched an independent investigation after finding that her claims were inconsistent and questionable. Through precise identification and cell phone analysis, the prosecution concluded she set fire to her apartment intentionally with a lighter.

Later, Jeong argued that she did not extinguish the fire because she thought of killing herself along with her children, although she escaped alone after spending crucial time on calling or sending text messages to a boyfriend and her ex-husband.

Jeong deserves heavy punishment for committing an unforgivable crime, the court said, adding she was not repentant without giving any proper explanations about her arson. She allegedly has suffered depression due to financial difficulties since she was divorced.