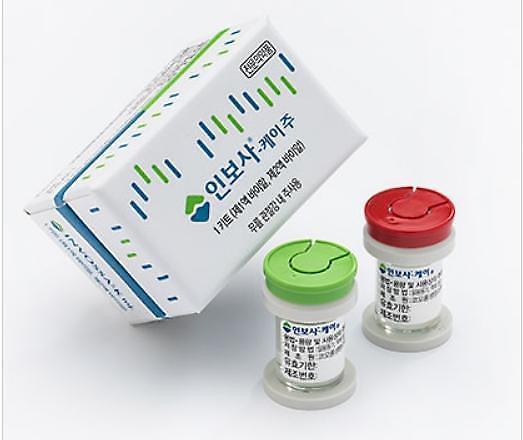 
SEOUL -- Based on the long-term tracking result of phase 3 clinical tests at home, Kolon Life Science, the biosimilar arm of South Korea's Kolon Group, said Invossa, the world's first cell-mediated gene therapy for degenerative arthritis, proved to be effective in improving joint functions for up to 36 months.

Kolon Life claimed that a single injection of Invossa could grant more than two years of pain-free movement in the knee without the immediate need for surgery when it received marketing approval from the Korea Ministry of Food and Drug Safety last year.

At the annual meeting of Japan Society of Gene and Cell Therapy (JSGCT) in Tokyo last week, Kolon Life reported that the administration of Invossa can delay a patient's need for a knee surgery.

Clinical trials at American hospitals would involve patients with light orthopedic symptoms in the knee. Kolon described Invossa as a game changer in the global degenerative joint disease market and vowed to seek approval from the U.S. Food and Drug Administration in 2021.