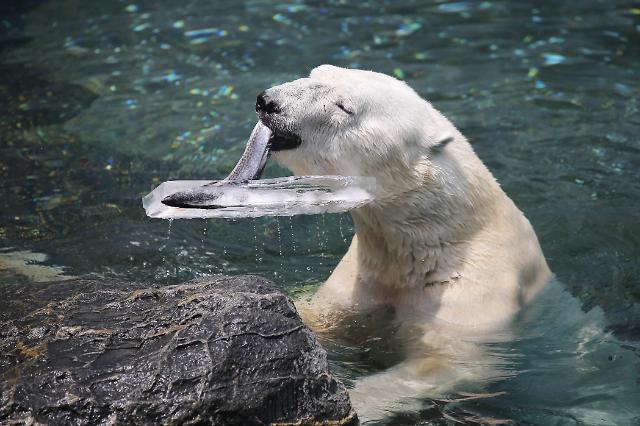 
SEOUL -- Tongki, a 24-year-old male polar bear, died of old age in a zoo at an amusement park a few weeks before his planned relocation to a wildlife park in Britain. He had been the only alive polar bear in South Korea.

Everland, an amusement park in Yongin some 35 kilometers (21 miles) southeast of Seoul, said in a statement that a zookeeper found the bear dead in an enclosed area at around 6:00 p.m. (0900GMT) Wednesday. After an autopsy, a veterinary specialist said the bear has died of old age.

Because of the bear's old age, which was about 70 to 80 years old by human standards, Everland made an arrangement with Yorkshire Wildlife Park in England in June this year to relocate Tongki so that he can spend the rest of his life in an environment similar to the actual habitat of wild polar bears.

Tongki was born in 1995 at a zoo in the southeastern city of Masan and moved to Yongin two years later. It had been living alone since 2015.