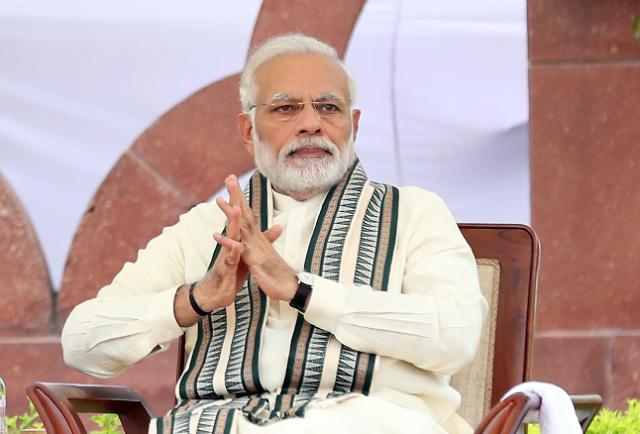 
SEOUL -- ​Indian Prime Minister Narendra Modi was chosen as the winner of this year's Seoul Peace Prize for his contribution to the Indian economy and global peace. The 68-year-old is well known for carrying out economic reforms, dubbed "Modinomics", that hauled India to become one of the world's fastest-growing economies.

The Seoul Peace Prize Committee said Wednesday that Modi would receive the 2018 Seoul Peace Prize for his accomplishment to promote global peace through economic cooperation with other countries and improve the livelihood of Indian people. The committee praised Modi for making great contributions to India's democratic development and social integration as well as regional stability.