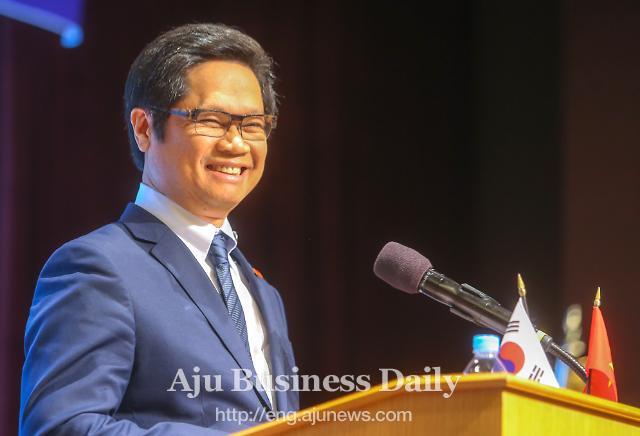 
SEOUL -- Vietnam wants more active investments by small and medium-sized South Korean companies, its top envoy in Seoul said in a business forum aimed at finding a new business opportunity between the two countries which saw a dramatic buildup in ties, especially after a summit between their leaders in March.

"This forum is a great opportunity for South Korean companies to have a deeper understanding about the Vietnamese economy," Vietnam Ambassador Nguyen Vu Tu said. "Currently, investment comes mostly from big companies. I hope small and mid-sized companies in South Korea to expand their investment in Vietnam."

The envoy also called for greater cultural exchanges, saying that would enhance economic cooperation. "I think that bilateral cultural exchanges will play an important role in economic cooperation as well," he said, referring to Park Hang-seo, who is widely praised for bringing Vietnam's national team to the semi-finals at this year's Asian Games for the first time in 56 years.


In an opening speech, Aju News Corporation Chairman Kwak Young-kil described the forum as a fresh starting point for South Korean and Vietnamese companies to establish new relations. "This is a new starting point for companies from both countries to analyze what's wrong and right in the past two decades for their new (relationship) in the next 20 years," he said. 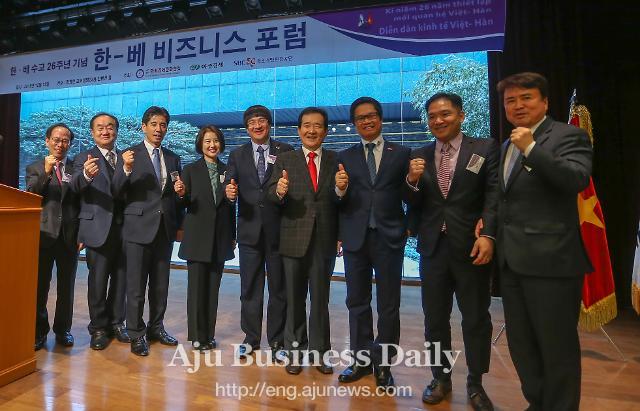 "We will work with Chairman Loc to solve concrete problems that arise in actual cooperation between companies from the two countries," Kwak said, adding the forum would collect suggestions related to investment in Vietnam to find solutions with VCCI.

"The pace of Vietnam's economic, political and social development is remarkably fast," Sul Hoon, a senior lawmaker of the ruling Democratic Party, said, predicting Vietnam would grow into a nation that could match South Korea in the future.