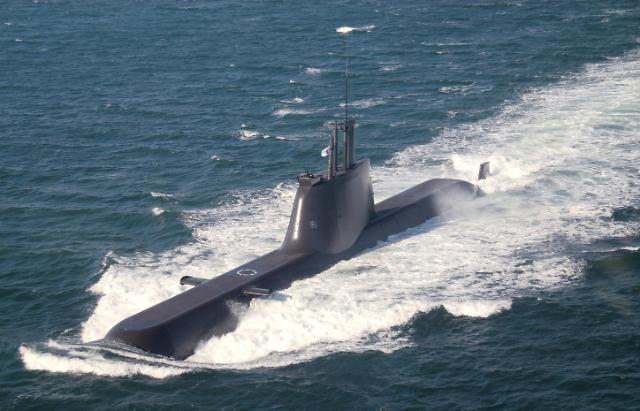 
SEOUL -- South Korea will start building a new generation of 3,000-ton submarines installed with lithium-ion batteries which allows longer and speedier underwater operations than lead-acid batteries. Construction is to begin in the second half of next year.

The Defense Acquisition Program Administration (DAPA), a state body controlled by the defense ministry, said Wednesday that the preliminary design of a diesel-electric submarine carrying a lithium-ion battery has been completed. The new submarine will be equipped with improved sonar and combat systems.

South Korea's first 3,000-ton submarine capable of firing ballistic missiles was unveiled on September 14. The submarine named "Dosan Ahn Chang-ho" can sail at a maximum speed of 37 kilometers per hour with about 50 people aboard. It was installed with lead-acid batteries like conventional submarines which use diesel-electric engines or nuclear power reactors as their main power source.

For its submarine project, South Korea has tried hard to localize parts. Dosan Ahn Chang-ho cost about one trillion won ($892 million) with its localization rate standing at 73 percent.