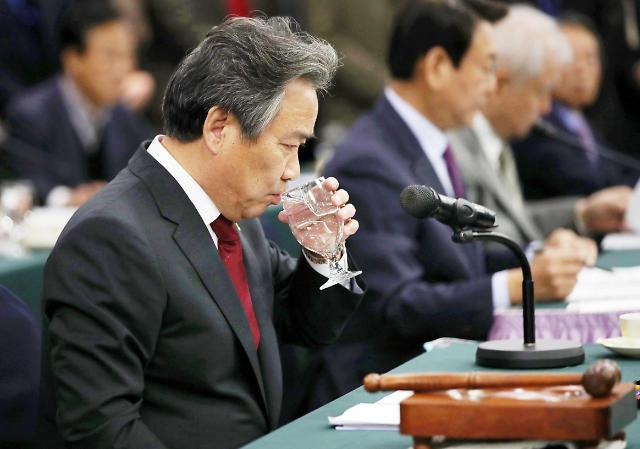 After a board meeting on Tuesday, Korean Sport & Olympic Committee President Lee Kee-heung apologized for the waffling punishment of those involved in physical and sexual violence and promised to find a fundamental renovation of nurturing elite athletes at state training facilities.

"I am going to find a fundamental renovation of our training methods that have focused on camping and apprenticeship training," Lee said, adding that the committee would strongly punish any groups and individuals accused of systematically concealing sexual harassment or violence.

Coaches and trainers with a track record of physical and sexual violence will not be allowed to get employed again in sports, the committee said, calling for changes in the military academy-style operation of state training centers.

Since its establishment in 1966, the Taereung training center in eastern Seoul has been the home of South Korea's sports activities, nurturing numerous Olympic medalists. Training facilities, gymnasiums and dormitories accommodate hundreds of selected athletes. A new training camp opened in 2017 in Jincheon, some 75 kilometers (46 miles) south of Seoul.

At its state training camps, the committee said it would employ female supervisors and training managers, establish a human rights counseling center, and introduces a multi-leader management system. Female and civic rights activists would be invited for an investigation into allegations about physical and sexual abuse.

Attorneys said last week that Shim Suk-hee, who served as the captain of South Korea's national female short-track speed skating team, has been sexually assaulted by her former coach, Cho Jae-beom, who is on trial at an appeals court on charges of violence. The attack allegedly began when Shim was a 17-year-old high school student.

In a fresh case on Monday, Shin Yu-yong, 24, insisted she has been sexually assaulted by her former coach 20 times for four years. She insisted she was raped first in 2011 when she was a high school judo team member. The abuse allegedly continued even after she graduated.