Netmarble and others participate in preliminary bidding for Nexon


SEOUL -- South Korea's leading game publisher Netmarble has made a tender to acquire Nexon, which has been up for sale in a surprise and unexplained move by its founder that triggered speculation and great attention from takeover artists and game industry officials.

Netmarble was among a number of candidates who participated in preliminary bidding on Thursday in an undisclosed place in the United States, according to game industry officials. Other candidates included Kakao, a major web service company involved in a variety of technology-related businesses in South Korea, and private equity funds.

Kakao has kept low key, refusing to disclose any information about its bid, while Netmarble has been open and aggressive, describing Nexon's intangible and tangible value as South Korea's crucial asset. Netmarble has expressed concern that foreign ownership may damage the ecosystem of South Korea's game industry and weaken its competitiveness.

For Netmarble, Nexon is a big prey that can not be missed because it could become an indomitable player in the domestic game market. In 2018, Netmarble's consolidated sales stood at 2.02 trillion won ($1.79 billion), compared to Nexon's 2.53 trillion won.

There has been a general consensus in South Korea's game industry that Nexon's intellectual properties should not be snatched by foreign companies, but both Netmarble and Kakao probably need a partner loaded with cash because their spare money is not sufficient to absorb Nexon, whose market value ranges from 10 trillion to 13 trillion won.

"The participation of home-grown companies, Netmarble and Kakao, is accepted as good news in the market," a game industry official told Aju News on condition of anonymity. 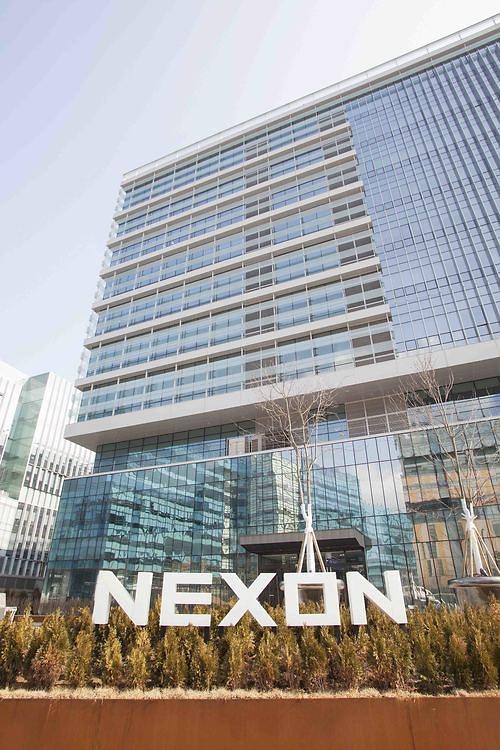 
In 2018, Nexon's operating income rose nine percent on-year to 980.6 billion won and sales were up eight percent to 2.52 trillion won. Nexon attributed its good performance to the popularity of online computer games such as "Dungeon & Fighter" and "Maple Story," as well as mobile games such as "Maple Story M".

Nexon founder Kim Jung-ju and his wife have offered to sell their entire stake in Nexon's holding company, NXC. Kim, who pioneered South Korea's online game industry, owns 67.49 percent in NXC and his wife 29.43 percent. Kim also has 1.72 percent in NXC through his private company. He did not say why he was taking his hands off the lucrative enterprise, but a civic group has asked for an investigation by prosecutors into alleged tax evasion by Kim and other executives.

NXC controls 47.98 percent in Nexon listed in the Tokyo Stock Exchange and 100 percent in its South Korean branch. NXC has stakes in other companies including Stokke, a Norwegian manufacturer of children's furniture and accessories, and two cryptocurrency exchanges, Korbit and Bitstamp.