BTS says new album 'Map of the Soul: Persona' is all about 'power of love' 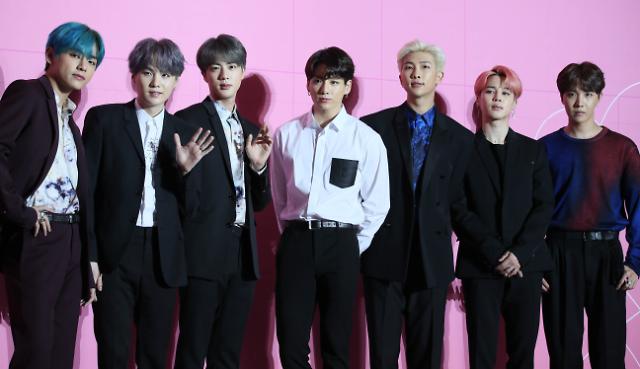 SEOUL --  RM, the leader of K-pop band BTS, attributed the successful debut of "Map of the Soul: Persona", the new album which is set to top Billboard's 200 albums chart, to the "power of love" by fans, saying it has catapulted them to the ranks of global bands.

The new album became a global hit soon after its release on April 12, with fans enthusiastically responded to its new message "FIND YOURSELF". It topped various charts worldwide including iTunes chart in many regions and heads for the No. 1 spot on Billboard's weekly albums chart ranking the 200 most popular albums in the United States. 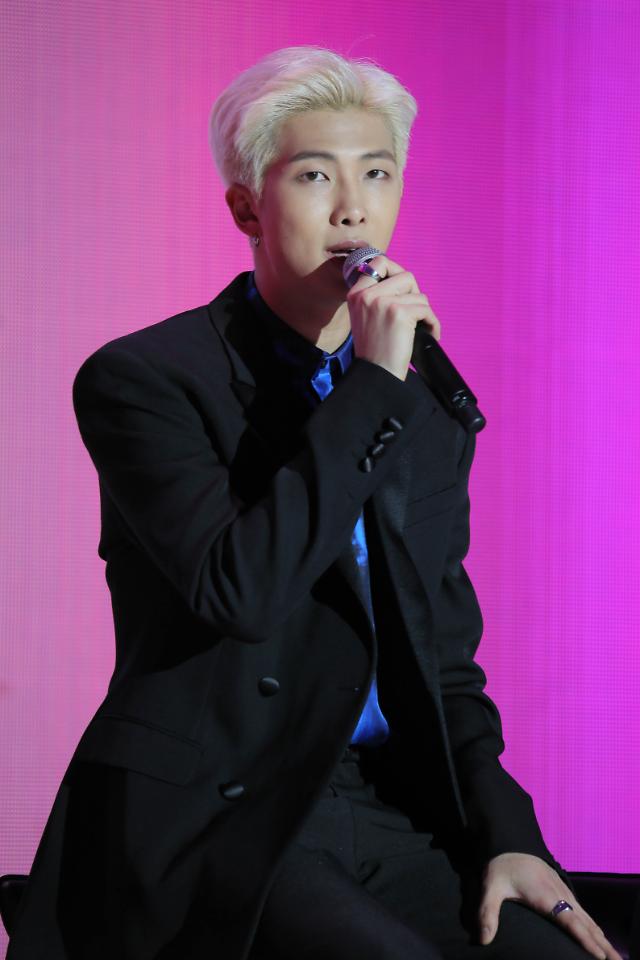 The music video for "Boy with Luv", the seven-track album's title song featuring American singer-songwriter Halsey, surpassed 100 million views on YouTube at the fastest pace ever in 37 hours and 37 minutes after its release. Suga, a BTS rapper-songwriter, said the idea of collaborating with Halsey was harbored at the Billboard's Music Awards two years ago.

"Boy With Luv" is a song that expresses attention and love toward people as well as joy over small ordinary things, Suga said, adding the group had needed an artist who could express a variety of emotional paths, describing Halsey as the right person.

"We thought Halsey's values and passion to music were similar to ours," Suga said. When the boys have asked her for a collaborated song, she gladly okayed and visited South Korea for filming at a studio complex in a Namyangju, a satellite city northeast of Seoul. "It was surreal to see Halsey in Namyangju City." 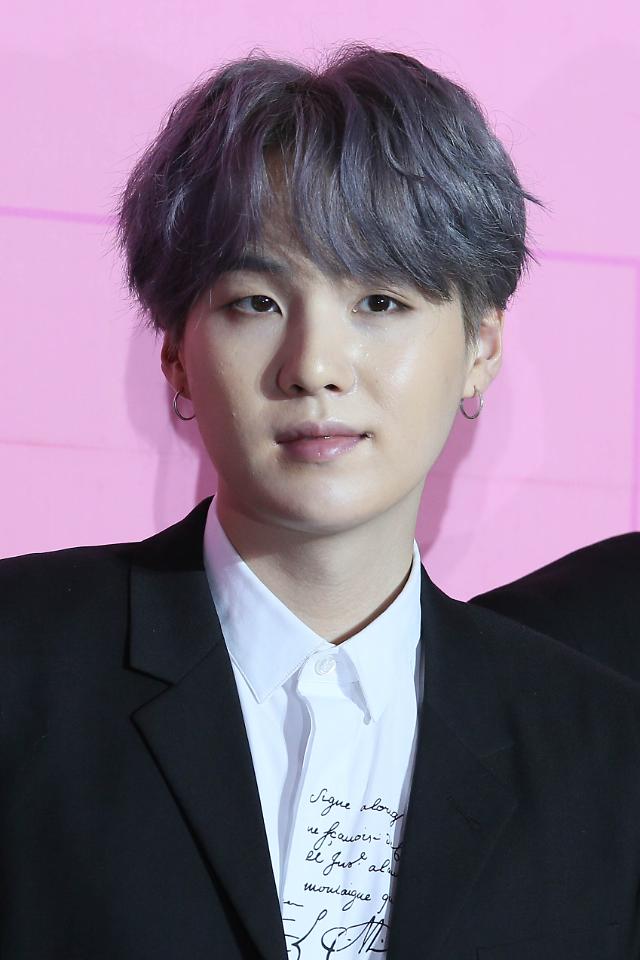 BTS showcased its title song through a comeback stage performance on Saturday Night Live, an American TV late night show, on April 13. SNL is a highly desired stage for any artists seeking to up their reputation to a whole new level. 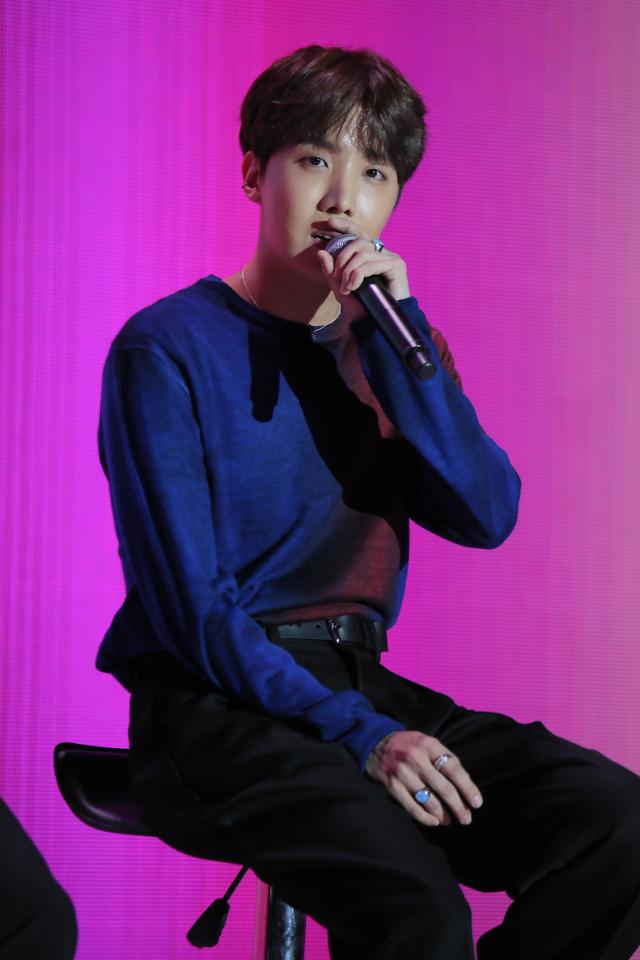 Jimin, a 23-year-old singer-dancer, expressed his gratitude toward fans for their support which eventually carried BTS to the SNL stage. "I wish people to know our true intentions included in our songs despite the difference in languages," he said, hoping to prove that BTS enjoys and excels at performing on stage.

BTS will embark on "LOVE YOURSELF: SPEAK YOURSELF", a world stadium tour, in six countries including the United States, Britain and France on May 4. The boys will perform at iconic stadiums including London's Wembley Stadium which has a symbolic meaning in the global music industry. The stadium with a capacity of 90,000 seats and 15,000 standing audience, is well known for concert venues for selected musicians including a 1985 benefit concert by Queen and other popular musicians. 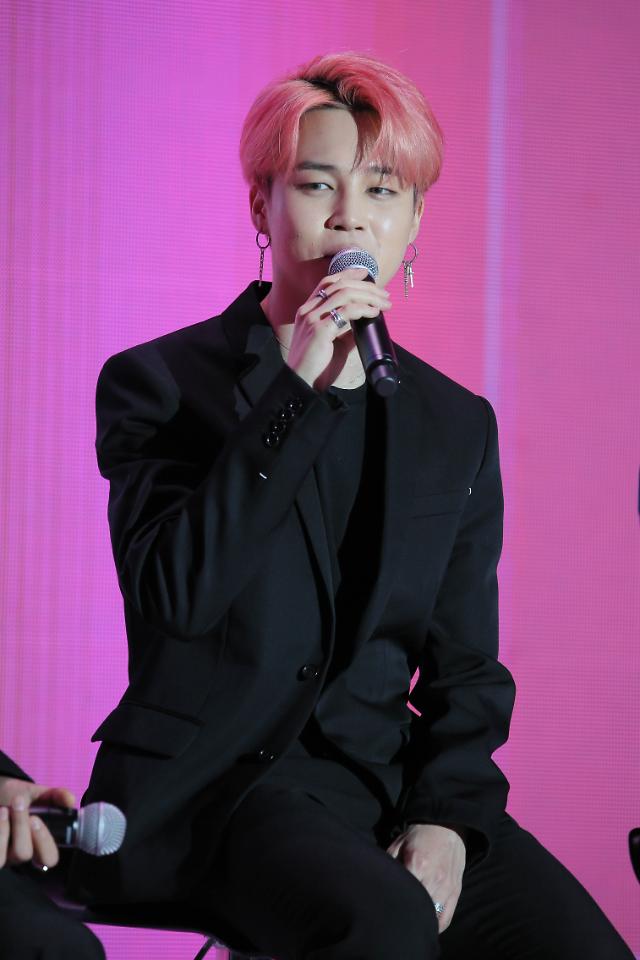 V said he was very excited and nervous about his performance at Wembley Stadium but he assured ARMY, the international fan club of BTS, that members would work hard for the best ever performance.