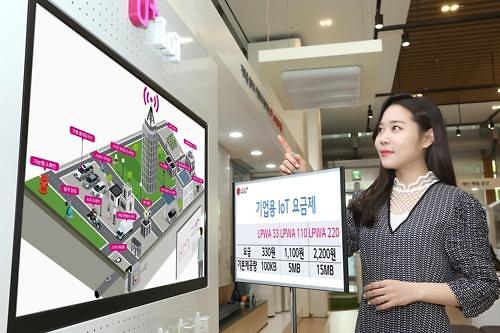 Because IoT devices such as webcams, smart home appliances and air quality sensors are connected to a network all the time, IoT networks provided by telecom companies are generally low-speed. LGU+ launched a nationwide NB (narrowband)-IoT network service in 2017.

LGU+ said a statement Monday that its LTE-M1, also known as LTE Cat M1, a low-power wide-area (LPWA) wireless interface, provides faster speed and longer battery life than the previous one which allowed IoT devices such as beacons and sensors to transmit data in small sizes because of its low speed.

LTE-M1 can transfer high-definition images and video as well as voice, the company said, adding the new network technology is effective in transmitting data between moving devices. The mobile carrier plans to launch a personalized mobility service which can track and monitor whereabouts of electric bicycles and electric scooters using LTE-M1.

LGU+ has launched an IoT data plan for businesses that would help companies to interconnect machines without a centralized control server.