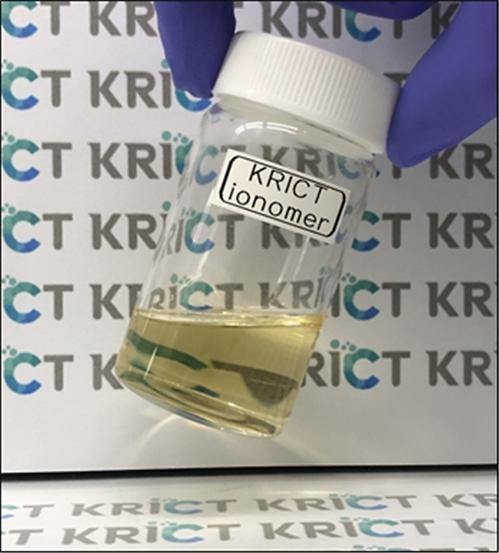 [Courtesy of the Korea Research Institute of Chemical Technology (KRICT)]


SEOUL -- South Korean researchers claimed to have localized core materials for next-generation fuel cells, which have been imported entirely from Germany and Japan. Related technologies were transferred to chemical and mechanical enterprises for commercialization.

The Korea Research Institute of Chemical Technology (KRICT) said Tuesday that it research team led by Lee Jang-yong at the division of advanced material has developed technology for manufacturing exchange materials used in anion-exchange membrane fuel cells, a type of alkaline fuel cell that uses an anion exchange membrane to separate anode and cathode compartments.

Because of eco-friendly characteristics, fuel cells are considered the next-generation renewable power source. Fuel cells produce heat, electricity and water through a thermochemical reaction between hydrogen and oxygen.

Lee's team has produced an electrode binder and a separator, which are the core of anion-exchange membrane fuel cells. The binder tightly binds a powder-shaped electrode and forms a passage through which the ion travels inside the layer of the electrode, while the separator acts as a path when anions selectively move from positive to negative.

The institute said the performance and durability of materials developed by Lee's team were higher than current anion-exchange materials with ion conductivity improving threefold. "We will make efforts on the research of source technology to further lower manufacturing prices while commercializing anion exchange materials with large industrial ripple effects," Lee was quoted as saying.

Lee's work came as South Korea was in full swing to localize key materials regulated by Japan, which has announced steps to curb exports of materials used for the production of microchips and displays in South Korea.