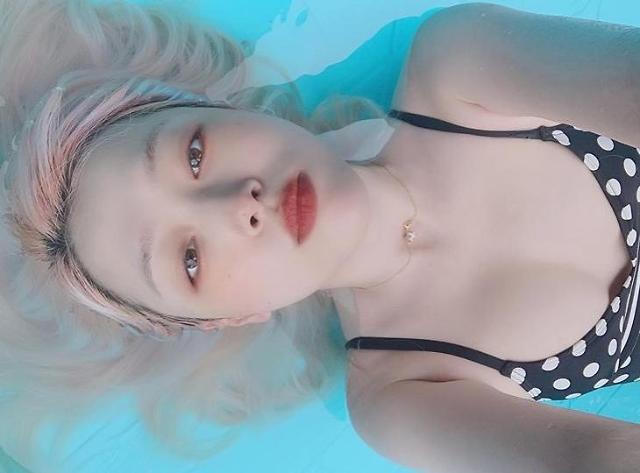 SEOUL -- Sulli, a former member of K-pop girl band f(x), will appear in "Hotel Del Luna", a comedy-horror cable TV dramas, as a cameo. It would be her first appearance as an actress in about two years.

SM Entertainment, the 25-year-old's agency, said Tuesday that Sulli would start shooting soon to appear in the 10th episode of the drama series. The agency did not say what kind of role Sulli would play.

Hotel Del Luna depicts a story about a hotel for lost souls. IU, a 26-year-old singer, plays Jang Man-weol, the owner of the ghost hotel. Sulli and IU have been close friends off the stage. IU has composed a song titled "Peach" while thinking about Sulli.

Sulli debuted as a child actress in 2005 and joined f(x) in 2009. After leaving the band in 2015, she received attention for her online battle against radical feminists who have criticized the singer for uploading Instagram images which they thought were provocative.