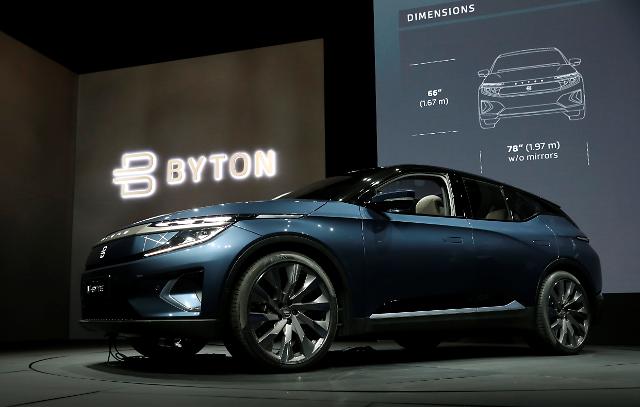 LAS VEGAS -- SK Telecom has partnered with Chinese electric vehicle maker Byton to cooperate in the development of automotive solutions including an in-vehicle infotainment system for Byton cars to be released in South Korea.

At CES 2020 in Las Vegas, SK Telecom (SKT) signed a memorandum of understanding with Byton to cooperate in the development of an in-vehicle infotainment (IVI) system that houses SKT's digital content and services.

"SK Telecom has abundant technical expertise and resources in information communication and data services sector. This is perfectly in line with the vision of Byton to build smart cars in the mobility era," Byton CEO Daniel Kirchert said, adding the two companies would maximize the potential of mobility services.

SKT is ready to promote the distribution of Byton's electric vehicles in South Korea.