Netmarble's 'battle royale' MMORPG to be released in March 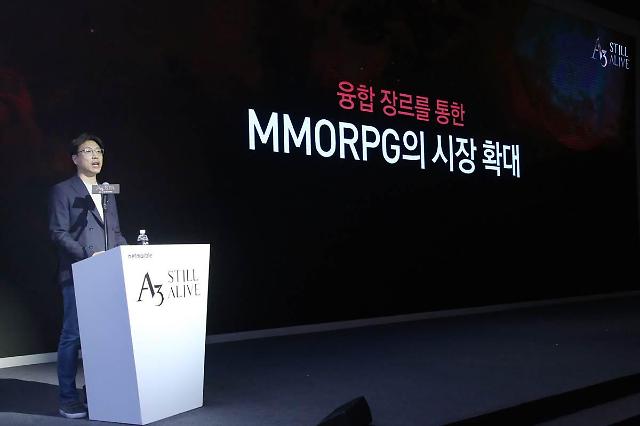 SEOUL -- "A3: Steel Alive," a mobile massively multiplayer online role-playing game (MMORPG) produced by Netmarble, a major game publisher in South Korea, targets both domestic and foreign players, especially in China. It would be released in March through Google Play and App Store.

Battle royale games involve dozens to hundreds of players, who start with minimal equipment and then must eliminate all other opponents while avoiding being trapped outside of a shrinking "safe area", with the winner being the last player or team alive.

"I intend to keep challenging myself until I create great success with the RPG genre in the global big market," Kwon said. "I understand that there is quite a lot of expectation for the Chinese market early this year."

Based on market research that users were tired of the overflow of mobile MMORPG, Netmarble combined the two genres to secure both users who focus on growth and collection and those who focus on competition and victory as customers.

The battle royale part does not apply to characters and equipment that are developed and collected in the MMORPG part. It is played only with the ability of users to compete with each other in a fair manner. Up to 30 people can gather in one place for a battle royale game. Some items collected can be used for character development in MMORPG.