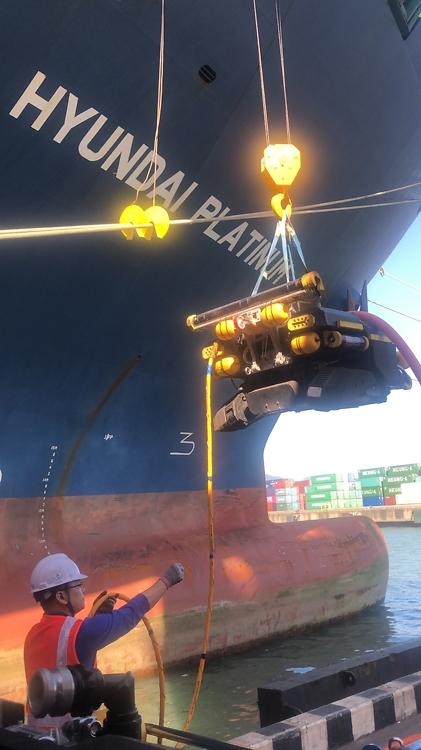 
SEOUL -- In an effort to reduce costs, time and pollution, Hyundai Merchant Marine, the biggest shipping company in South Korea, will utilize robots to clean the underbody of docked ships.

Cleaning the underbody of ships is an important procedure to help vessels sail normally. Unwanted inhabitants such as sea plants, moss and living organisms that have accumulated on the hull's surface slow the speed of ships.

Hyundai Merchant said in a statement on Monday that it has partnered with TAS Global, a South Korean robot hull cleaning company, to adopt hull-cleaning robots that would replace human underwater cleaners. Costs will be saved by 40 percent.

"This partnership will be an example of building a co-existing model that leads the Fourth Industrial Revolution in the shipping industry," a Hyundai Merchant official was quoted as saying.

Some countries such as South Korea and Singapore forbid underbody cleaning inside docks because paint chips containing heavy metal fall off and pollute the sea. Automated robots are eco-friendly because paint chips are collected in an on-surface filtering station.