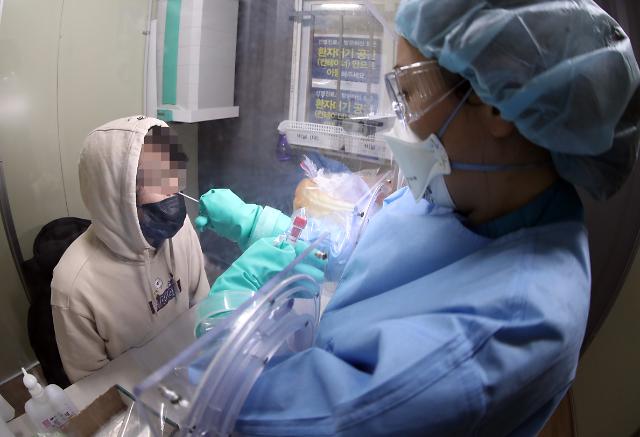 SEOUL -- Obviously, South Korea has a higher rate of asymptomatic infections than other countries mainly due to the intensive screening and early detection of patients. Health officials suggest that the trend in South Korea reveals the dynamic nature of a new coronavirus.

There was no comparable figure to see how many showed no symptoms out of more than 8,200 people infected with COVID-19 since the first case was reported on January 26 in South Korea. The Korea Centers for Disease Control and Prevention (KCDC) said that there were "a lot of cases" where symptoms occur under isolated quarantine.

"Some 20 percent of them remained asymptomatic until they are discharged," KCDC director Jeong Eun-kyeong told a regular press briefing on Monday. "South Korea has a higher rate of asymptomatic infections than other countries. The reason for this is probably because of a lot of early screening and diagnosis in a state of no symptoms."

Jeong attributed a "significantly" high rate of asymptomatic infections to the early screening of those who were placed into obligatory self-quarantine for close contact with patients. "I think this will help us understand some dynamic nature of the disease," she said, adding health officials need objective and scientific data to determine whether the asymptomatic transmission is possible.

"It's not clear yet whether asymptomatic patients are contagious. So far, there has been no objective evidence regarding asymptomatic transmission," Jeong said.

As of midnight on March 15, 89 patients were in serious condition. The virus has killed 75, including 53 at the age of 70 or more. Most of them were found to have chronic diseases.