Conversation with AI speakers on the rise due to epidemic 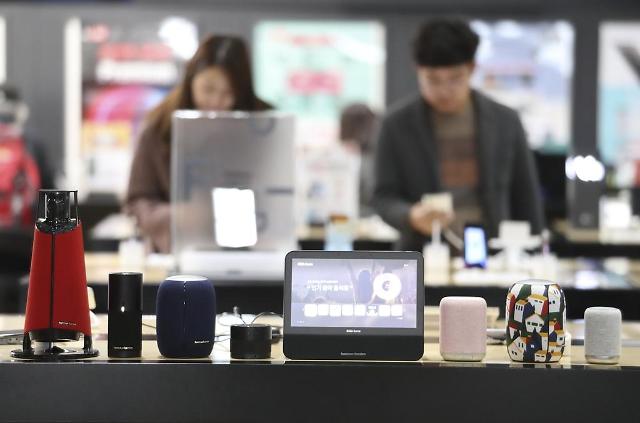 SEOUL -- Conversations with artificial intelligence speakers have skyrocketed due to a new coronavirus epidemic that sent people staying in their homes to keep their social-distance away from others.

KT, a top telecom company in South Korea, said on Wednesday that the number of conversations between GiGA Genie, an AI voice assistant speaker, in the first quarter of this year soared 38 percent from the fourth quarter of last year.

AI speakers that can recognize the voice of users to carry out simple chores such as playing music, read out news articles and manage schedules have become popular in South Korea. About 4.1 million AI speakers were deployed as of 2019.

The most favorite content consumed through AI speakers was for kids. Children's songs and simple math tips have increased by an average of 193 percent compared to the previous quarter because classes have been suspended. Normally, schools open during the first week of March in South Korea. The demand for real-time news has increased by 135 percent.