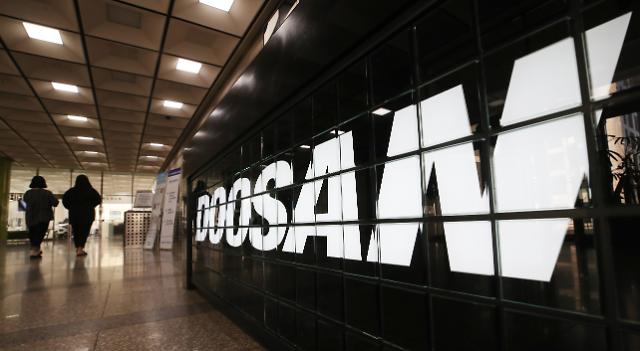 SEOUL -- Doosan Heavy Industries & Construction will lead a project to build South Korea's first demonstration plant to liquefy hydrogen. Liquid hydrogen is essential in a government campaign to expand the use of fuel cells for automobiles and the production of electricity.

South Korea has adopted hydrogen fuel cells and electric batteries as a mainstream fuel in the future. Because of its eco-friendly characteristics, fuel cells are considered the next-generation renewable power source, but hydrogen cars have been shunned by South Korean consumers mainly due to a lack of infrastructure, including charging stations.

Doosan Heavy will partner with the Changwon Industry Promotion Agency to set up a special purpose company in charge of building the plant in the southern industrial city of Changwon. A business agreement was signed on Thursday in a ceremony attended by Doosan Heavy Industries & Construction CEO Jung Yeon-in and South Gyeongsang Province Governor Kim Kyoung-soo.

Some 98 billion won ($80 million) will be spent on the plant, which uses city gas to produce 5 tons of liquefied hydrogen per day through the "reforming" process that increases gasoline quality by changing the hydrocarbon structure through heat or catalyst action. Doosan Heavy will be in charge of maintenance and management and localize parts.

The liquefaction of hydrogen requires cooling to a temperature of minus 253 degrees Celsius and subsequent storage in cryogenic containers. The advantage of liquefied hydrogen is its high density compared to compressed gas, which means that more energy can be contained in a given volume for easy transportation.

Since hydrogen vehicles have a compressed gas container on board, liquid hydrogen has to be converted to gas. The process requires a high level of skills, complex infrastructure. A hydrogen fueling station stores liquid hydrogen before being converted to pressurized gas and transferred to smaller storage tanks for distribution.