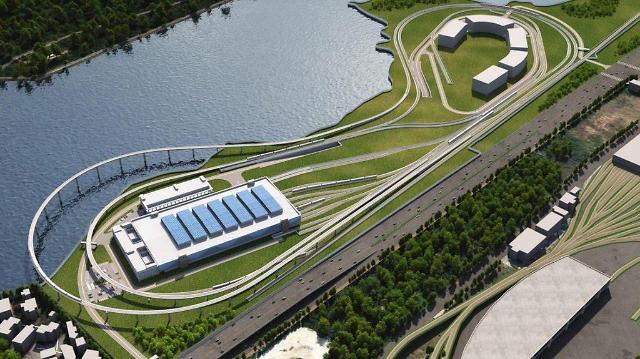 SEOUL -- A consortium led by GS Engineering & Construction, a major builder in South Korea, has clinched an order worth 550 billion won ($450 million) to build an integrated train testing center in Singapore.

GS E&C said it has formed a consortium with the Korea Railroad Research Institute to win the order from the Land Transport Authority of Singapore. Built on a golf club, the Integrated Train Testing Center (ITTC) in Singapore is intended to support integrated system testing for new and existing mass rapid transit (MRT) lines. It will be fully operational by the end of 2024.

The testing center covering about 50 hectares is the first of its kind in Southeast Asia. It will have about 11 kilometers (6.8 miles) of test tracks to support endurance, performance integration and high-speed testing for new trains and supporting systems.

The selection of a reliable consortium was a decisive criterion because the test center in Singapore would be a high-level construction facility with only six in the world, GS E&C said, adding only two consortiums from South Korea and Australia had qualified to compete.

Despite its higher bidding price than competitors, GS E&C said it has been successful in recognition of its creative design and responsibility. The company and the Korea Railroad Research Institute have built South Korea's first railway test track in Osong, about 106 kilometers (66 miles) south of Seoul. The institute promised to provide technical support.

GS E&C has been involved in a number of subway projects in Singapore.