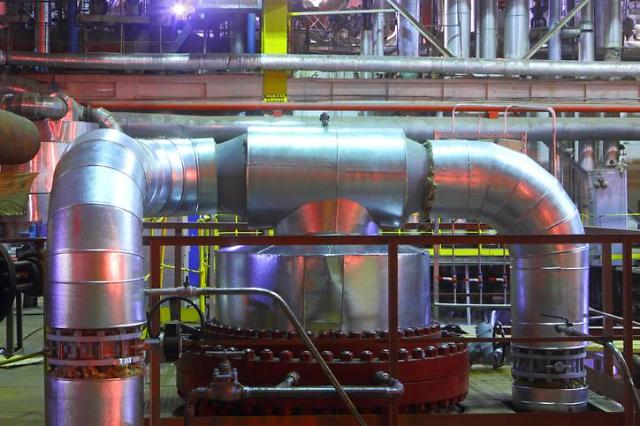 
SEOUL -- South Korea's Hyosung Group partnered with Linde, a Dublin-based engineering group, to build a liquid hydrogen plant that would serve as a catalyst in a government campaign to expand the use of fuel cells for automobiles and the production of electricity.

The two partners will invest 300 billion won ($245 million) by 2022 to establish a value chain covering the production of liquefied hydrogen, transportation and the installation and operation of charging facilities. A plant capable of producing 13,000 tons of liquid hydrogen per year will be built in the southeastern industrial city of Ulsan.

If completed in 2022, it will be the world's largest single facility to liquefy hydrogen. The two companies agreed to set up a joint venture within this year under a memorandum of understanding signed on Tuesday. The new plant will use byproduct hydrogen produced at Hyosung Chemical's smelting plant and apply Linde's advanced hydrogen-liquidizing technology.

The partnership with Linde, a leading supplier of industrial, process and specialty gases, underlines Hyosung's drive to establish a hydrogen economic ecosystem in the mobility sector. In August 2019, Hyosung announced a pre-emptive investment of one trillion won by 2028 to expand production in its carbon fiber plant in Jeonju, 188 kilometers (116 miles) south of Seoul.

Hyosung predicts rapid growth in the market for carbon fiber, which is used in the fuel tanks of hydrogen vehicles. President Moon Jae-in hailed Hyosung's investment in carbon fiber as timely and pledged all-out support to nurture carbon fiber as South Korea's new growth engine, saying it would become a strategic national industry to reduce dependence on core materials from Japan.

"This investment will play a big role in revitalizing the ecosystem of the domestic hydrogen industry in the future," Hyosung Group chairman Cho Hyun-jun said. "Hydrogen is eco-friendly energy that can change the existing carbon-oriented economic structure, and its potential is infinite."

Hyosung and Linde agreed to build about 120 hydrogen charging stations across South Korea.

The liquefaction of hydrogen requires cooling to a temperature of minus 253 degrees Celsius and subsequent storage in cryogenic containers. The advantage of liquefied hydrogen is its high density compared to compressed gas, which means that more energy can be contained in a given volume for easy transportation.

Since hydrogen vehicles have a compressed gas container on board, liquid hydrogen has to be converted to gas. The process requires a high level of skills, complex infrastructure. A hydrogen fueling station stores liquid hydrogen before being converted to pressurized gas and transferred to smaller storage tanks for distribution.