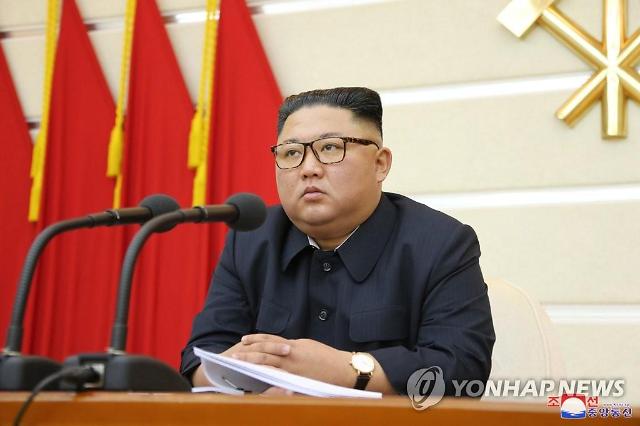 The National Intelligence Service (NIS) also said at a closed-door briefing to lawmakers that the North's leader has appeared in public 17 times so far this year, the fewest ever, due to his focus on domestic affairs and the impact of the coronavirus pandemic. "At least, it is judged that Kim did not receive surgery or a medical procedure related to his heart," Rep. Kim Byung-kee of the ruling Democratic Party told reporters.

The North Korean leader's absence from an annual event marking the April 15 birth anniversary of his late grandfather Kim Il-sung had spawned speculation that he might be seriously ill. But Pyongyang's media reported Saturday that Kim attended a ribbon-cutting ceremony at a fertilizer factory. It carried photos of him smiling and talking to officials.

The NIS said Kim has no health problem related to his heart, citing experts' explanation that even a mild procedure would take four to five weeks of rehabilitation. The agency said Kim's public activity so far this year represents a 66 percent fall in the average of 50 public appearances in previous years.

"Even when Kim did not appear in public, he was managing state affairs as usual," the NIS was quoted as saying. The spy agency did not rule out the possibility of the COVID-19 outbreak in North Korea. Pyongyang claims there are no confirmed infections of the virus, but it has intensified preventive efforts by tightening its border with China.

"North Korea has stuck to the stance of no infections but given that there were vibrant human exchanges with China before the border closure in January, we cannot exclude the possibility of the coronavirus outbreak in the North," the NIS noted. It said North Korea's economic difficulty has increased since then, adding that prices of seasoning and sugar shot up and North Koreans hoarded daily necessities.
(Yonhap)