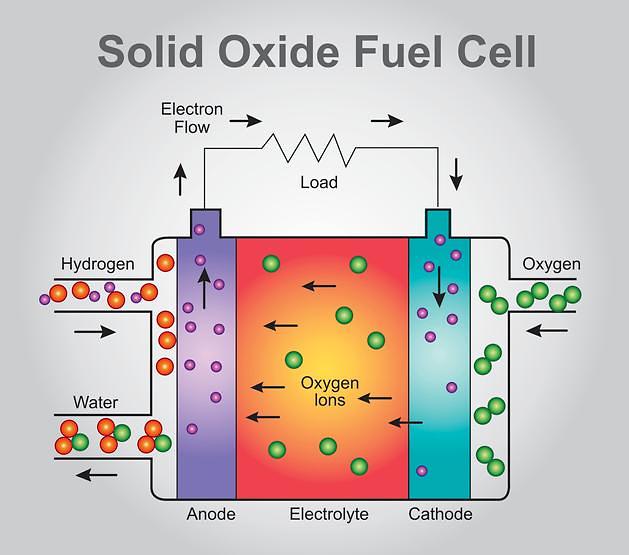 SEOUL -- A solid oxide fuel cell (SOFC) system developed by a South Korean company for home use has secured state approval in a fast-track evaluation method aimed at accelerating the development and utilization of fuel cells.

SOFC, an electrochemical conversion device that produces electricity directly from oxidizing fuel, has a wide variety of applications as it ensures high combined heat and power efficiency, long-term stability, fuel flexibility, low emissions and relatively low cost. There are many types of fuel cells, but experts have considered SOFC to hold the greatest potential of any fuel cell technology.

The SOFC power generation system, which was certified this time, produces electricity by applying ceramic electrolytes and low-cost catalysts, the Ministry of Trade, Industry and Energy said in a statement, adding it is safer than conventional fuel cell batteries and has a greater cost-saving effect. The name of developers was not disclosed.

The Korean Agency for Technology and Standards (KATS), a government agency that leads national standards and technical evaluation, has prepared new certification standards to evaluate the safety and performance of SOFC, the ministry said. "There should be no delay in market launch due to existing regulations even after developing excellent convergence new products," KATS head Lee Seung-woo was quoted as saying.

Doosan Corp. has partnered with Ceres Power of Britain to develop a SOFC power system for commercial buildings. Doosan has PEMFC (polymer electrolyte membrane fuel cell) and PAFC (phosphoric acid fuel cell) technologies. PEMFC is a type of fuel cell being developed mainly for transport applications as well as for stationary and portable fuel-cell applications. PAFC, which uses liquid phosphoric acid as an electrolyte, is a good candidate for stationary power generators.

South Korea's Hyundai's auto group leads a government campaign to replace combustion engines gradually with hydrogen fuel cell batteries. Hyundai has touted hydrogen fuel as an alternative to solve global problems such as pollution and restore resource depletion because of its eco-friendly characteristics.