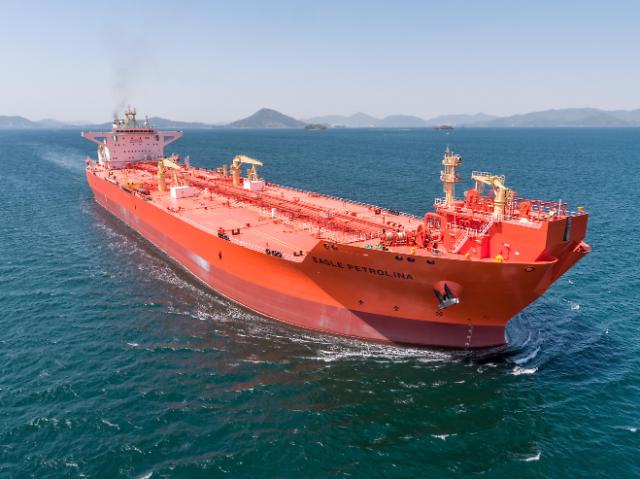 SEOUL -- A shuttle tanker installed with SVESSEL, a smart ship system developed by Samsung Heavy Industries, has been delivered to AET Tankers, a Singapore-based company. It is the world's first smart ship certified by DNV GL, an international accredited registrar and classification society based in Norway, as a shuttle tanker.

The land control office can check ship operation information immediately, making it easier to support and manage operations. A shuttle tanker is designed for oil transport from an off-shore oil field as an alternative to constructing oil pipelines.

Samsung Heavy has partnered with foreign companies to develop technologies for smart ships. The shipbuilder works with DNV GL to secure autonomous ship technology that can drastically reduce the number of people on board by 2022. DNV GL sets standards for ships and offshore structures.

South Korean shipbuilders work hard to develop smart ship technologies as new regulations will increase the preference for digital total solutions that support efficient navigation systems. Smart shipping can be divided into unmanned ships ruled by an operator from a control center onshore and autonomous ships that use a computer on board that takes decisions about the route, speed, fuel consumption, maintenance and even mooring in the harbor.