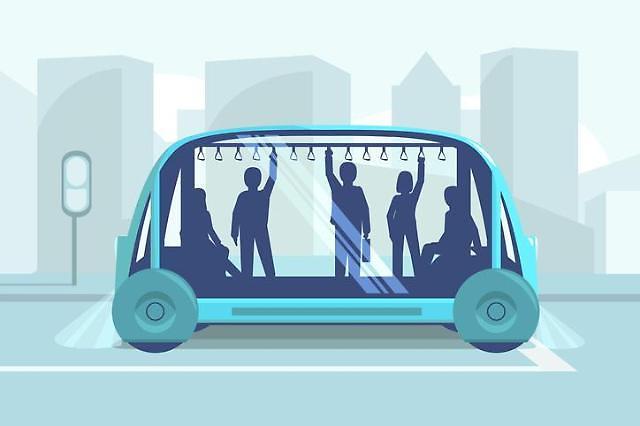 LGU+ and Autonomous a2z have signed a memorandum of understanding to cooperate for joint demonstration in the central city of Sejong, which has South Korea's most advanced smart city platform and provides a reliable testbed for autonomous driving.

"We will jointly establish a foundation for the commercialization of autonomous vehicle technologies through continuous technology exchanges and demonstration," LGU+'s mobility business head Kang Jong-oh said in a statement.

LGU+ will test various technologies such as a dedicated 5G network for self-driving cars, high-precision Dynamic Map and vehicle-to-everything (V2X) technology while Autonomous a2z provides self-driving vehicles including micro-sized electric vehicles and 15-seater minibusses. Based in Gyeongsan some 250 kilometers (155 miles) southeast of Seoul, Autonomous a2z specializes in the development of autonomous vehicle solutions in various conditions.

V2X is a key autonomous driving technology that allows self-driving cars to communicate with other cars and on-road facilities such as traffic lights and pedestrian crossings. Using fast mobile data networks, encrypted information is shared to ensure the safety of drivers and those who travel on foot.

Sejong City, a central administrative city that was designed to house a smart city network from its development stage, is favored by tech and mobility service companies. It has lesser traffic than mega cities, allowing researchers to safely test vehicles capable of communicating with on-road facilities such as traffic lights. The city plans to establish a blockchain-based trusted platform for self-driving cars this year.

LGU+ has teamed up with Seoul National University and AUTOMOS, a domestic autonomous vehicle maker, for a state project to demonstrate a self-driving shuttle service in Siheung, a southwestern satellite city of Seoul, in the second half of this year. The mobile carrier teamed up with Chemtronics, a self-driving shuttle technology solution maker, to begin a slow-speed autonomous shuttle service in Sejong.