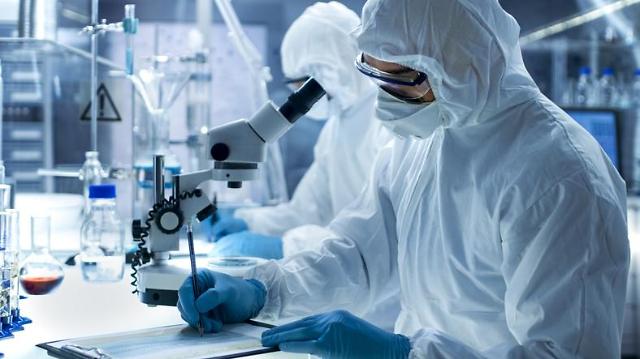 SEOUL -- SK Biopharmaceuticals, a unit of South Korea's third-largest SK Group, has set a new record in the history of stock market share offering by collecting some 31 trillion won ($25.7 billion) worth of evidence in retail subscription. The company's shares will be listed on July 2.

Retail subscription for 3.91 million shares took place on June 23-24. According to NH Investment & Securities, the competition rate was 323.02 to 1. A total of 30.99 trillion won was collected for subscription evidence, exceeding 30.65 trillion won, the previous record set by Cheil Industries in 2014. An initial public offering (IPO) refers to the process of offering shares of a private corporation to the public in a new stock issuance

SK Biopharmaceuticals has set its IPO price at 49,000 won per share, the top end of its indicative price range. The total public offering would be valued at 959.3 billion won and he market capitalization at around 3.8 trillion won. A total of 1,076 domestic and foreign institutional investors have made bids for 11.75 million shares, or 60 percent of the total.

SK Group chairman Chey Tae-won has promised to nurture SK Biopharmaceuticals, which specializes in the development of drugs for the treatment of central nervous system disorders, as one of the group's new growth engines.

In May, Xcopri (cenobamate), a new anti-epileptic drug developed by SK Biopharmaceuticals, made its debut in the United States. The new drug has been approved for the treatment of partial-onset seizures in adults. It was the first new drug developed independently by a Korean pharmaceutical company to be released directly in the world's largest pharmaceutical market.

In February 2019, Arvelle Therapeutics, a European company, reached an exclusive licensing agreement to develop and commercialize cenobamate. SK Biopharmaceuticals would receive an upfront payment of $100 million and is eligible to receive up to $430 million upon achievement of certain regulatory and commercial milestones in addition to royalties on net sales generated in Europe.

As part of a strategy to enhance the competitive power of its biotech and pharmaceutical business in the global market, the group has integrated medical production affiliates into a new U.S.-based corporation in September 2019. The merged entity, SK Pharmteco based in Sacramento, California, will serve as an integrated contract manufacturing organization (CMO), which serves other companies in the pharmaceutical industry to provide comprehensive services from development through manufacturing.