Reality show starring BTS to be released next month 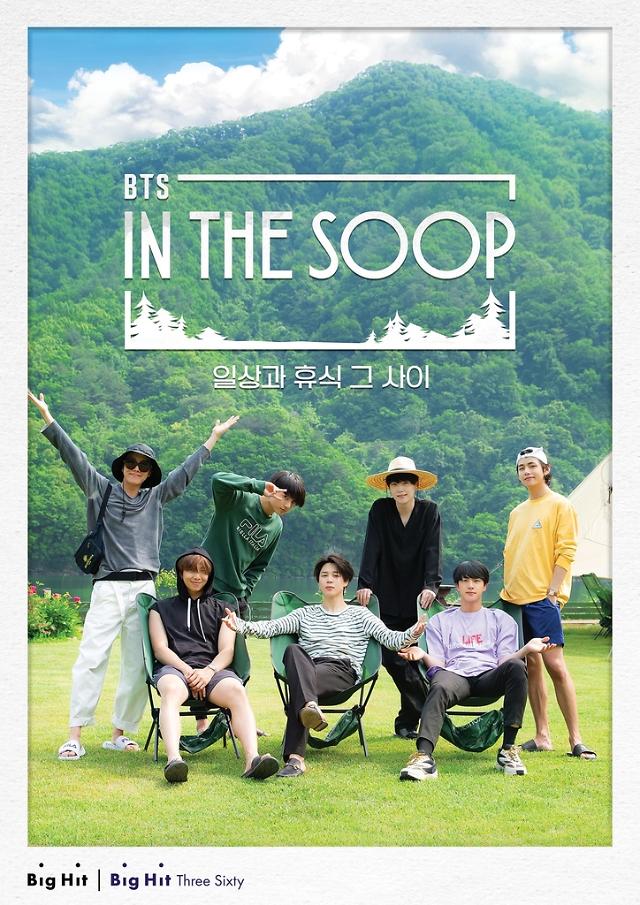 SEOUL -- A reality show depicting BTS members' vacation inside a forested area will be released through JTBC, a broadcaster, and WeVerse, the seven-member band's official fan community app, in August,

Big Hit Entertainment, BTS' agency, said in a statement on July 28 that "In the SOOP BTS Ver" will be aired at 11 p.m. (1500 GMT) on August 19. Eight 60-minute episodes will be released every Wednesday.

In the SOOP BTS Ver is a reality show that depicts the K-pop's iconic band members enjoying their free time in a forested area. The show was planned and produced by Big Hit and its content-making wing Big Hit Three Sixty.

Big Hit will release 80-minute-long extended versions of the original episodes of In the SOOP BTS Ver through WeVerse. A total of 16 episodes including behind-the-scenes footage will be released.