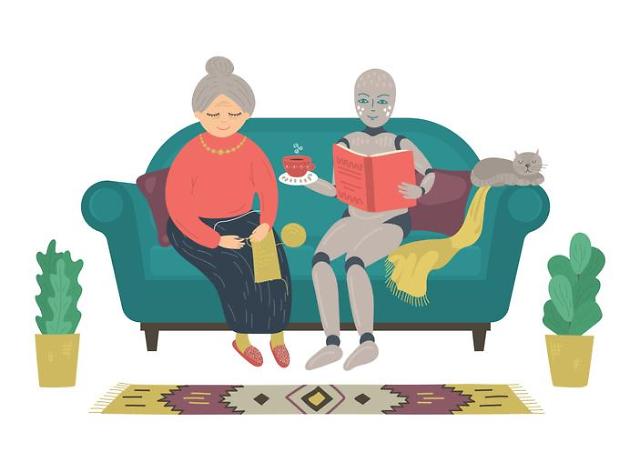 SEOUL -- In an effort to prevent lonely death, a phenomenon of old people dying alone at their homes, a state power company has joined hands with SK Telecom, a top mobile carrier in South Korea, to look after vulnerable single households. Using big data, they will monitor power consumption and phone records to find irregularities in life patterns.

Korea Electric Power Corporation (KEPCO) said in a statement on September 22 that it signed a memorandum of understanding with SK Telecom (SKT) and Seogwipo City in the southern resort island of Jeju to provide a special care service based on big data for vulnerable single households.

"We hope this service will help improve the safety of vulnerable single households who are even more burdened by COVID-19," a KEPCO official was quoted as saying. The power company plans to release public services using new technologies such as big data, artificial intelligence and internet of things (IoT).

Data released by the Ministry of Health and Welfare showed that the number of lonely deaths skyrocketed from 68 in 2011 to 1,245 in 2015, reflecting an increased number of single households. The male group aged over 50 was most vulnerable to lonely death. Out of 1,245 lonely deaths in 2015, 931 were male.

Without anyone to communicate with, people who live alone fail to ask for help or receive financial and medical support. Lawmakers and government officials have been locked in debate over whether people who commit suicide because of loneliness should be classified as lonely death. The Goyang Research Insitute attributed the main cause of dying alone to loneliness.

Old men often isolate themselves from families, friends and relatives when they become jobless and cannot play the role of a family leader, the institute said, adding that it is hard for them to resort on help by strangers when they are in need. Meanwhile, older women maintain their relationship with close friends to share emotions.

In recent years, new technologies to improve the lives of single or kinless elderlies have been studied actively in South Korea. Seoul has deployed 75,000 IoT sensors at the homes of single elderlies. IoT sensors can detect temperature, humidity and movements in real-time, and Seoul plans to increase the number of IoT sensors for elderlies to 12,500 by 2022.

A 2020 joint survey of 3,200 single elderlies, conducted by SKT and the Social Solidarity Economy Committee and Happy Connect, a social enterprise, found that care services using AI voice assistant speakers increased the happiness of old people by seven percent and decreased the feelings of loneliness by four percent.

AI speakers were linked to emergency services. Servicemen can be summoned by recognizing voices calling for help. Between May 1, 2019, and July 6, 2020, 439 emergency cases were reported using AI speakers, with 26 of them saved from critical conditions. The average age of those who asked for help was 75.