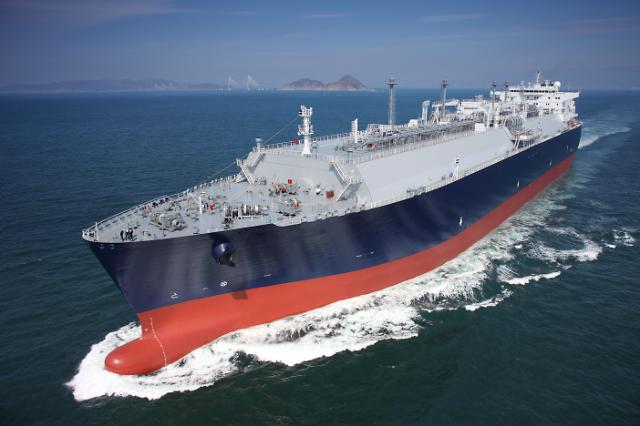 SEOUL -- Samsung Heavy Industries, a major shipbuilder in South Korea, has received a new order worth 206.2 billion won ($186 million) from an unspecified client in Oceania to build a tank ship designed for transporting liquefied natural gas. The new order raised the shipbuilder's backlog of orders for LNG carriers to 31, the biggest in the world.

Samsung Heavy Industries (SHI) said in a regulatory filing on November 30 that the LNG carrier would be delivered by July 2023. The shipbuilder hopes to win additional orders related LNG projects.  "The recent resumption of orders for LNG carriers, the flagship lineup of our company, is a positive sign that the market is gradually recovering," said an unnamed SHI official.

Separately, the shipbuilder secured an order worth 60 billion won to build a Suezmax-class crude oil carrier. As a result, SHI will build 13 out of 28 Suezmax-class crude carriers ordered so far this year in the world. A Suezmax vessel has a capacity of 120,000 to 200,000 deadweight tons (DWT) and has lengths of about 275 meters stipulated as per the Suez Canal passage requirements.

The shipbuilder said the new deal raised SHI's accumulated orders to $4 billion, or 48 percent of this year's target of $8.4 billion.