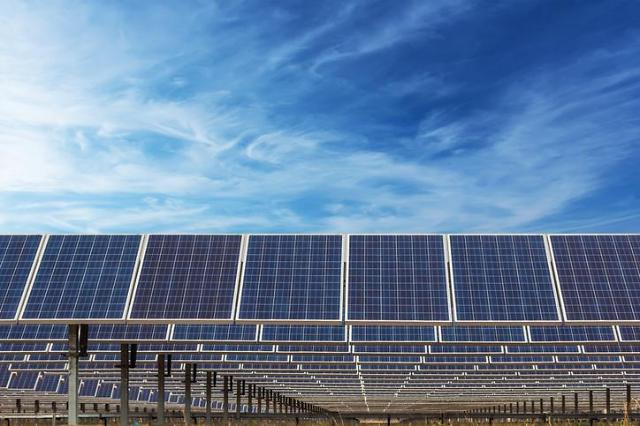 The R&D center is part of the so-called Green New Deal project announced by President Moon Jae-in in July to turn South Korea into a carbon-neutral country by 2050 through the establishment of zero-emission infrastructure and the development of renewable energy technologies.

The Ministry of Trade, Industry and Energy said on December 1 that the government would invest  50 billion won ($45.1 million) to build a  joint solar energy R&D center in a belt of interconnected business districts that focus on the development of technology and business models, near the central city of Daejeon by 2022. Construction will begin in June 2021.

The ministry emphasized the importance of improving the power efficiency and cost of manufacturing solar energy cells in order to gain competitiveness in the global renewable energy market, saying that the R&D center would lead technology innovation.  The ministry signed memorandums of understanding with solar energy companies and organizations in September to establish the center.

The R&D center will feature a pilot manufacturing line that enables small and medium-sized companies to produce prototypes of 100 megawatt-class photovoltaic cells and verify the effectiveness of devices at a low cost. It aims to create solar cells with an efficiency of 35 percent by 2030 using tandem or multi-junction cells. Current photovoltaic cells have an efficiency of about 20 percent.

Tandem fabrication techniques, which have been used to improve the performance of existing designs, can either be individual cells or connected in series.