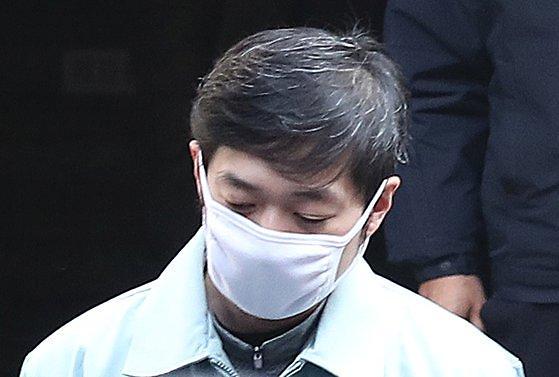 
SEOUL -- A former coach of South Korea's national short track speed skating team was given a jail term of 10 years and six months for having sexually assaulted Shim Suk-hee, a 23-year-old Olympic gold medalist, intermittently for three years since she was a 17-year-old high school student in 2014.

There was no physical evidence, but a criminal court in Suwon judged that Shim's statement was "clear and concrete, so it is highly credible," although Cho Jae-beom has consistently denied charges of sexual assaults without taking any action to get forgiveness from Shim. The court ordered a 200-hour treatment program and prohibited Cho's employment at children and youth-related institutions and welfare facilities for the disabled for seven years.

Cho deserves heavy punishment for committing sex crimes with force by using Shim's irresistible state, the court said. The ex-coach was found guilty of raping or molesting her at seven places including an athlete's village from August 2014 to December 2017, just before the opening of the winter games in the eastern ski resort of Pyeongchang.

Shim suffered severe mental damage due to continuous sexual violence from an adolescent period, the court said. "The victim took courage to reveal the defendant's crime, but she had to spend a very painful time for more than two years while recalling shameful memories in the process of stating the case."

Shim's lawyers argued that Cho's sexual attack had been staged indiscriminately even in training centers and locker rooms. Shim's accusations came after Cho was separately accused of beating four skaters, including Shim. Her #MeToo revelation triggered widespread public resentment and led to an intensive state probe into sexual abuses, beatings and human rights violations in sports.

In January 2019, an appeals court increased Cho's jail term from 10 months to 18 months, rejecting his claim that he had used beating to improve the performance of athletes. South Korea has the tradition of having a strong speed skating squad, but there were consistent allegations that athletes have been physically punished. Victor Ahn, a former South Korean short track prodigy who won 43 gold medals at international skating events, has abandoned his nationality to become a Russian citizen, complaining about mistreatment and beating.

On an order from President Moon Jae-in, the National Human Rights Commission of Korea has probed athletes, trainers, coaches, sports leaders and officials at sports organizations. Elite athletes housed in state training centers have been surveyed. The Korean Sport & Olympic Committee has promised to change the military academy-style operation of state training centers that have nurtured numerous Olympic medalists.