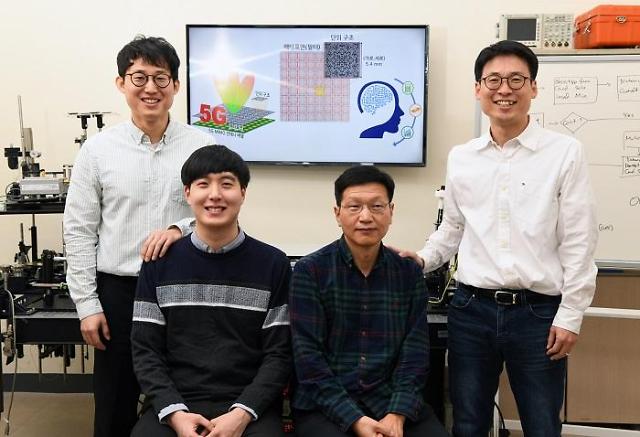 
SEOUL -- South Korean researchers have developed a film-type filter for commercial 5G communication antennae. The filter is cheaper, better at blocking off signal interference than foreign products, and ready for commercialization. Researchers suggest it can be used for the development of stealth technology.

To improve the reception of millimeter waves used by 5G communication, physical filters block off other radiowaves and let in certain frequencies. For massive multiple-input, multiple-output (MIMO) base stations that work as access points for various devices simultaneously, the number of required filters is almost equivalent to the number of station antennae.

The Korea Research Institute of Standards and Science (KRISS) said in a statement on March 30 that its research team has developed an effective filter for 5G radio communication. The filter, which is 50 micrometers thin, consists of a single layer of flexible metallic material. It can be removed easily like a sticker. Conventional filters have to be installed onto devices.

"The filter developed by our convergence research team has the potential to become a game-changer in the 5G wavelength filter market through strong competitiveness such as high-performance, low-cost, and innovative design process," KRISS researcher Hong Yung-pyo was quoted as saying.

The electromagnetic metasurface filter used an artificial intelligence-based self-developed optimization technique. An electromagnetic metasurface is an artificial composite that gains electrical properties from its structure rather than inheriting the characteristics of its material. KRISS' research was published through IEEE Access, an international scientific journal.