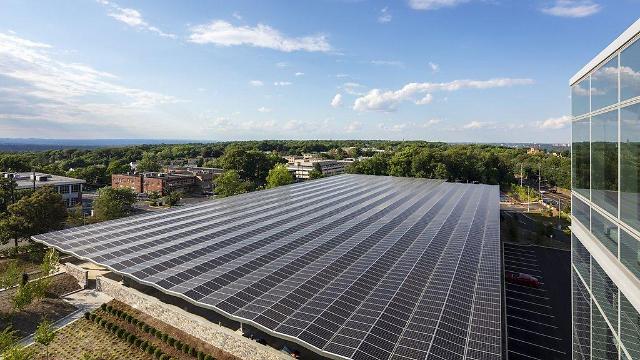 SEOUL -- Through a step-by-step process, business vehicles rented or owned by LG Electronics will be replaced with green energy-based cars that use electricity or hydrogen as their main power source. The plan is part of the South Korean tech giant's big picture to go completely green by 2050.

According to LG's sustainability report released on July 21, the company will replace up to 90 percent of its internal combustion vehicles with zero-carbon cars by 2025 and 100 percent of LG cars will be based on clean energy by 2030.

To go completely green by 2050, LG Electronics has adopted high-performance solar panels to cover the rooftops of factories and other facilities at home and abroad. As a result, the company emitted 129 tons of carbon dioxide equivalent (tCO2eq) in 2020, which was 33 percent less than the amount of carbon emitted in 2017.

"We have set a new ESG goal to achieve sustainable growth," LG Electronics CEO Kwon Bog-seok was quoted as saying. The company used 11,149 tons of recycled plastics in 2020, up 20 percent from a year ago.