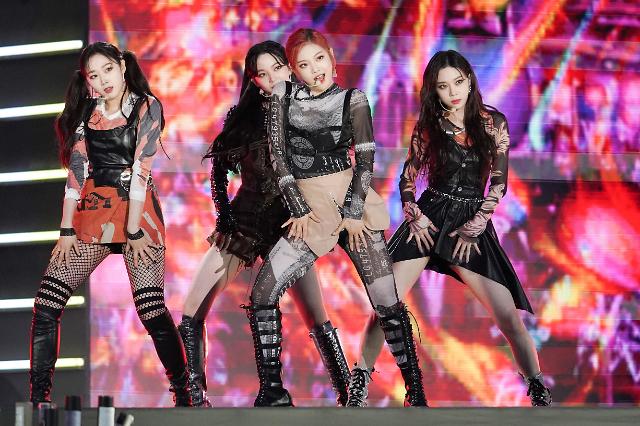 SEOUL -- South Korea's K-pop rookie Aespa has signed with an American agency to gear up for international activities. The band, which debuted in November 2020, is the brainchild of SM Entertainment, an entertainment powerhouse well known for bands such as Super Junior, SHINee, and Red Velvet.

SM Entertainment said in a statement on July 23 that the four-member girl band signed an agreement with Creative Artists Agency (CAA), a major entertainment agency based in Los Angeles. CAA will manage Aespa's global activities.

Aespa has released hit songs such as "Black Mamba" and "Next Level." The band garnered attention from global fans for special computer-generated avatar members. Aespa's real-life members and avatars communicate through a connection signal called "Sync" with the help of an AI system. Avatar characters are involved in independent activities, such as producing their own online content, allowing real-world members to meet fans in more diverse ways.