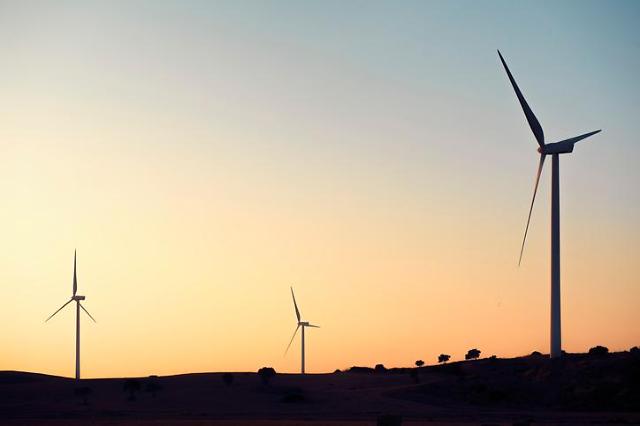 SEOUL -- Korea Hydro & Nuclear Power, the operator of nuclear power plants in South Korea, has partnered with two domestic companies to build three wind farms with a total capacity of some 300 megawatts, which is enough to power a small city, in a mountainous area east of Seoul.

Korea Hydro & Nuclear Power (KHNP) said in a statement on September 16 that the power company signed a memorandum of understanding with Hanwha E&C and Eco Green Wind Power Generation, a domestic renewable energy company, to build three wind farms with a total capacity of some 300MW in the Gangwon mountain range. By 2024, KHNP will build a wind farm capable of generating about 236 gWh of electricity annually in Yangyang County.