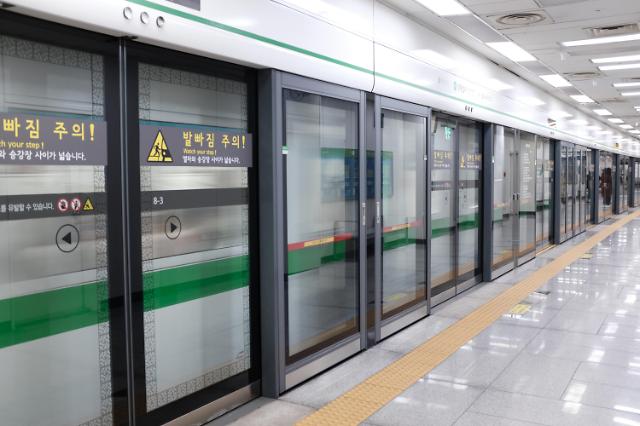 South Korea has focused on installing wireless access points (AP) in public spaces such as subway trains and parks. Some 35,600 buses across the country provide mobile WiFi services for passengers and Seoul City installed APs in more than 2,300 bus stops in Jongno, an office district located at the heart of Seoul, and the southern district of Gangnam, South Korea's center of finance and fashion trends in August 2021. Most public APs provide internet access using conventional 2.4 gigahertz (GHz) Wi-Fi, which provides larger coverage but transmits data at low speeds. The 28GHz 5G network can deliver data at faster speeds to a smaller area where data traffic is concentrated.

South Korea's three mobile carriers -- SK, KT and LG Uplus -- have installed 28GHz 5G equipment on the branch line of Subway Line 2 from Sinseol-dong Station to Seongsu Station, the science ministry said in a statement on September 28. During the demonstration, the companies will check the communication performance between base stations and subway trains.

In 2020, the average Wi-Fi speed on subway trains was 71.05Mbps (megabits per second), significantly lower than that of subway stations which was 367.24Mbps. It takes about five minutes to download a high-definition movie file using a 100Mbps connection.

In June 2021, the mobile carriers installed 26 28GHz base stations, 10 customer premises equipment (CPE), and 20 Wi-Fi 6E routers. After receiving mobile data signals from base stations, a CPE on the train sends the signals to the Wi-Fi 6E router, the next-generation router that can use the 6GHz band, through optical cables. "The government will spare no effort for related policies. I hope that the mobile carriers continue to expand the use of 5G 28GHz while discovering various public services based on 5G 28GHz," vice science minister Cho Kyeong-sik was quoted as saying.
© Aju Business Daily & www.ajunews.com Copyright: All materials on this site may not be reproduced, distributed, transmitted, displayed, published or broadcast without the authorization from the Aju News Corporation.