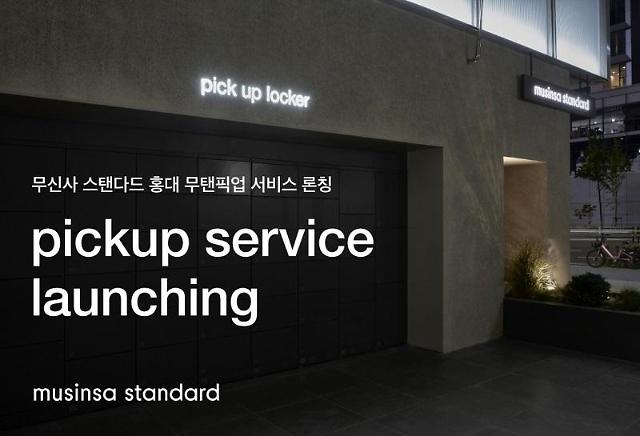 Musinsa, launched as a mobile-based fashion retail platform in 2009, has quickly garnered the attention of young consumers with trendy and affordable items. In November 2019, the platform received a $2 billion investment from Sequoia Capital, an American venture capital firm, and became a unicorn enterprise. Customers favor purchasing brand products through Musinsa because they do not have to worry about buying a rip-off.

In April 2021, the apparel store opened its first offline store in Hongdae, a base for music and trendy culture in western Seoul. A month later, Musinsa acquired Styleshare, a domestic online fashion portal, to attract young female customers and strengthen its presence abroad. The fashion retailer's unique culture of "photo reviews" became popular among young consumers who rely heavily on mobile reviews to check the size and color of clothes.

Customers who make an order by 7:00 p.m. can pick up their purchased items at the Hongdae store, Musinsa said in a statement on September 30. A personalized locker service is available for those who arrive at the shop during after-hours. Customers can collect clothes from digital lockers installed on the exterior wall of the store building.