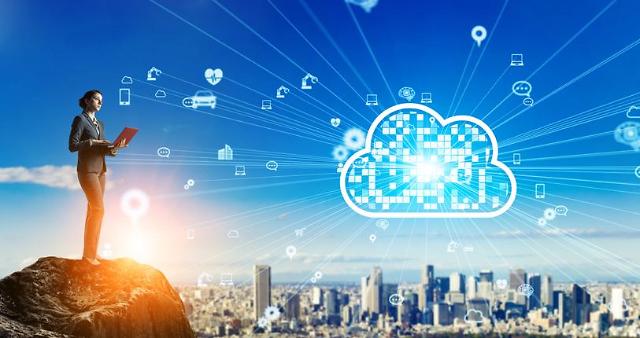 SEOUL -- For the first time in the world, South Korean researchers have developed and demonstrated a smart networking platform that uses edge computing technology converged with artificial intelligence. The platform can recognize faces and situations that take place around edge nodes to take appropriate actions and request emergency service or police support.

Edge computing is a network technology that uses nodes located at the edge of a network as local servers that will primarily process data and communicate with the main server if only necessary. The edge computing method greatly reduces the computing burden put on the central server and reduces data traffic between the end-user and the main server. The data transfer speed increases as devices communicate with nodes that are located physically closer.

The network's core technology enables AI to monitor situations and collect and distribute data before sending it to the main server. Currently, only small-sized AI data is transferred between devices using internet of things (IoT) networks, while large-sized data is sent through cloud servers that have high risks of being hacked. The new technology acts as links that connect AI and networks in order to securely and effectively transfer and process data using edge servers.

ETRI used KOREN to test the situation recognition ability of the system's AI and its distributed data transfer capabilities. In a simulated environment, the system's AI monitored its environment near a local server to selectively detect and record emergency situations using a camera. Collected data was sent to the main server. Researchers said the smart edge network can be used with facial recognition technology to detect a missing person among a crowd of people or detect a person smoking inside a no-smoking zone.

The smart edge network platform can provide optimized services according to different situations. If the platform recognizes a visually impaired person or a person with hearing problems, its AI will provide necessary information using texts or sound. It also recognizes the voice of a person to automatically grant access to different security platforms.

"New business models can be created based on this smart edge network platform as it can quickly and effectively deliver data to where it is needed using smart edge computing and networking technologies," ETRI's network research lab head Kim Sun-mi said in a statement on November 2, adding the new platform may become a key player in the post-pandemic era to provide services with new user experiences.