(INTERVIEW) A dream that was realized at the end of numerous auditions. 'I will overcome the walls of language and culture.' 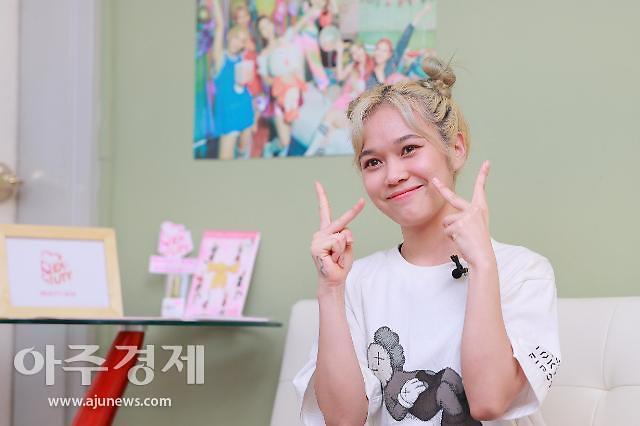 SEOUL -- "Hello, I'm Ahn, a Vietnamese member of Beauty Box," Tran Nguyen Tram Anh with round and cute eyes said, greeting brightly with an inarticulate Korean pronunciation. The 22-year-old known as her stage name Ahn is the only Vietnamese member of Beauty Box under BY-U Entertainment that consists of six girls, including two Koreans, two Japanese, one Thai, and one Vietnamese. They released a teaser video on June 21 and made their debut three months later with the single album "Beyond of BB."

Her journey was not simple. Ahn, born in Ho Chi Minh, had failed numerous auditions only to become the only Vietnamese artist who is still active in South Korea's competitive K-pop market. She participated in Steps2Fame, a Vietnamese show which is similar to Korean survival programs such as Produce 101. The top four can debut in the Vietnamese market after six months of training in South Korea.

Ahn missed her desired opportunity but she did not give up and participated in the 2019 ZPOP Dream Season 2, which was designed to discover, cultivate, and provide brilliant opportunities for Asia's musical talents with the aim of One Asia, which connects Asia with music. Through the program, one male and one female winner can be trained in South Korea and sign an exclusive five-year contract with COZMIC or POPS Music Group in the Vietnamese market. Ahn got into the top 10 in the tournament, but she couldn't get a chance to debut.

It was hard to keep walking toward a goal that was close to being reached. Eventually, Ahn turned into a V-pop artist and worked in the Vietnamese music market for almost a year under the stage name Chérie and appeared in a web drama. Yet, Ahn did not lose her goal of becoming a K-pop idol and kept applying for auditions. She made it through an audition of BY-U Entertainment at the end of 2020. 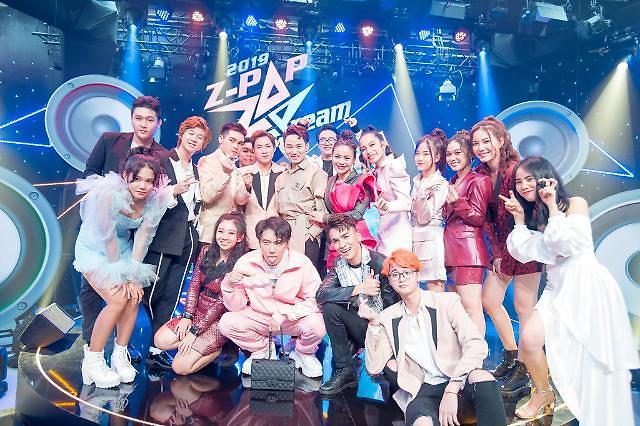 Ahn first encountered K-pop when she was in the third grade of middle school. The cover dance, which follows the dance moves of South Korean groups, was popular at that time. Her life began to change after she participated in a cover dance club and practiced while watching videos of K-pop idol groups with friends. The moment she performed for the first time, a new dream was established deep in her heart.

No one in Ahn's family has a music-related job. Her father loved songs in his youth, but he piked a stable job for family reasons. Usually, the future of singing and performing on stage is unstable in Vietnam. Therefore, it takes a lot of courage. That's why Ahn's parents were worried but supported Ahn's decision.

Ahn still can't forget the moment she danced on the stage for the first time. The fact that she was known through dance and song gave her the utmost pleasure with joy and confidence she didn't have before. "I thought that I have the talent to become a celebrity and can stand in front of people and express my choreography, voice, ability and personality," she recalled. Since then, she has developed her dream of becoming an idol and tried to find a chance to come to South Korea, which is a dream stage for those who want to become an idol.

Finally, Ahn made her dream debut, but it is not easy for a 22-year-old woman to live in another country. She should practice choreography for more than five hours a day, take a separate vocal training session, and proceed with her daily work on schedule. That's not all because she had to learn Korean online twice a week and two hours at a time to improve her language skills.

Language barriers are the biggest concern because smooth communication in Korean is not easy. Language barriers stick to her even during her dance practice. So, she must pay a great deal of attention to understand instructions accurately. Above all, there are many cases where she wants to express opinions or feelings to other members, but she cannot. Ahn said, "I want to talk about my real thoughts and feelings with members right away."

Ahn also has to shoulder the burden of representing her country as the only Vietnamese K-pop idol who is active in South Korea. There were Vietnamese artists who debuted in South Korea, but they have already suspended activities.

Nguyen Hai Yan, who joined the four-member girl group M.I.S.O. in 2008, is one of the first-generation Vietnamese artists who used to work in the Korean market. However, she quit and returned home in 2011 for marriage. In 2014, DK Entertainment debuted a girl group called A-Daily, which included a Vietnamese member named Nguyen Hoang Bao Ngoc, but she withdrew in 2015 even before receiving attention.

In early 2019, Zenith Media Contents, a South Korean entertainment company, debuted two multinational groups, Z-Girls and Z-Boys. Two Vietnamese artists, Luc Quyen known as her stage name Queen and Hoai Bao known as Roy, participated in the 2018 Z-POP Dream Season 1 and got the opportunity to participate in the two groups. However, they have not attracted attention. And because they are multinational groups without Korean members, they have almost no chance to appear on music programs.

Ngo Ngoc Hung, known as his stage name Hanbin, participated in the 2020 survival show called I-Land to try and become a Vietnamese K-pop idol as a member of ENHYPEN, a South Korean boy group, but luck has not come to him. He is still a trainee at Yuehua Entertainment.

Ahn said she was so happy and excited after her debut. However, she admitted to feeling a lot of pressure, and the burden of remaining a success story did not easily disappear. "I've often seen articles in Vietnam that I'm the only Vietnamese who debuted as a K-pop idol in South Korea and is active. That's a lot of pressure. Since I have a reputation as a representative of Vietnam, I always think about how to do better. I pledge to do my best and maximize my ability In order not to have a negative impact on Beauty Box and my hometown," said Ahn.

She showed an energetic attitude at the beginning, but her eyes quickly got teary when she talked about her parents. Longing built up because she has been apart for a long time, but Ahn pledged to work harder for K-pop, which has become the starting point of her life. "K-pop is my hobby and a guide to finding my dream. Thanks to K-pop, I found my dream and I was able to finally take the first step toward what I wanted by working hard every day. I will make efforts without a letup."