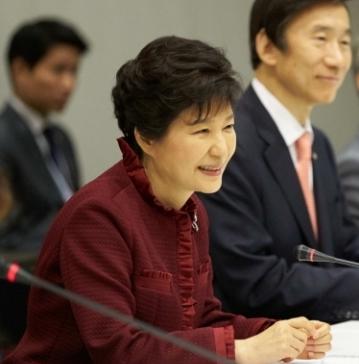 South Korean President Park Geun-hye was named the 46th most powerful person in the world by Forbes magazine on Wednesday (local time).