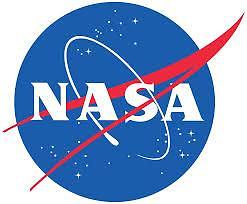 Mars Reconnaissance Orbiter ( MRO) has spotted deposits of glass within impact craters on Mars and it's possible that this glass, formed in the searing heat of a violent impacts, could contain signs of long-ago life on Mars, NASA said in a statement on Monday.

The latest findings from MRO, published online in the journal Geology, suggest that glass may actually be a pretty common feature on Mars. This is the first time such glass has been detected on the Red Planet.

"This significant new detection of impact glass illustrates how we can continue to learn from the ongoing observations by this long-lived mission," said Richard Zurek, MRO project scientist at NASA's Jet Propulsion Laboratory.

Research has shown past life preserved in impact glass on Earth. Scientists have found organic molecules and plant matter can be trapped in glass formed millions of years ago.

If the same is true on Mars, it could mean treasure troves that have stayed locked away since the days when Mars hosted some form of life. If there were ever microbes thriving on the alien world, they may still be buried in some of this impact glass.