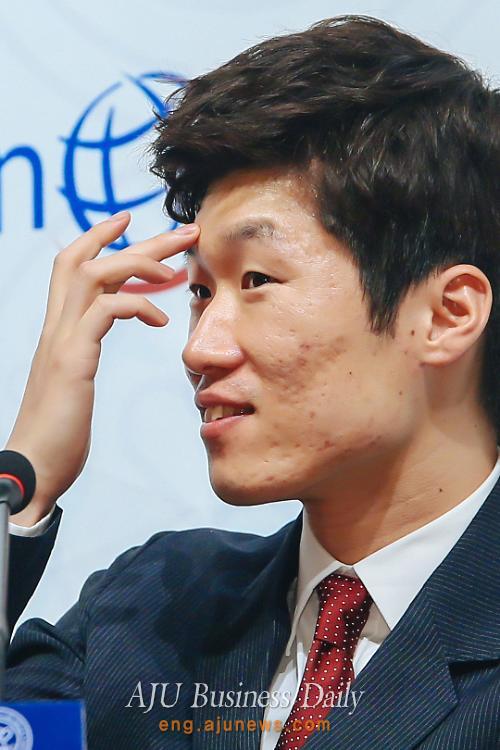 Park Ji-sung, one of South Korea’s biggest football icons, speaks during a ceremony to establish a football club, named FC Smile, at the Kim Koo Museum and Library in Yongsan-gu, Seoul, Monday. The club will conduct charity activities for the needy. Park, the first South Korean to play in English Premier League in 2005 when he joined the Manchester United Football Club, chairs the board of directors of the JS Foundation named after with his initial JS. He retired from the sport in May last year.